A street circuit through a coastal resort with grandstands backing onto the beach itself, it's perhaps no surprise that Surfers Paradise on Australia's Gold Cost is a roaring success with fans and drivers alike. Created originally for the CART Indycar series, the circuit has now established itself as the venue for the final endurance round of the popular Supercars series.

Shortened in recent years due to downtown development and the need to reduce the cost of putting up the temporary facility, the modifications have done little to affect the circuit's reputation for frenetic action.  Fast chicanes and concrete walls tend to add up to incidents aplenty, even if overtaking is not the easiest.

Plans for the race were mooted in the late 1980s when Ron Dickson, who held the rights to CART Indycar racing internationally, began looking for a venue in his native Australia. After a brief meeting with State Premier Sir Joh Bjelke-Petersen, the event was confirmed for Queensland, and Surfers Paradise was chosen over Brisbane. Dickson designed a layout and preliminary works began in 1988.

Before the first race had been scheduled, there was controversy. FIA President Jean-Marie Balestre had declared 'war' on Indycar racing in 1990, declaring that the FIA would not sanction what it considered 'minor-level' races over international boundaries. This led to the Confederation of Australian Motor Sport, as an FIA organising body, refusing to support the Surfers Paradise event. Unperturbed, Dickson and CART ploughed on and (eventually) common sense prevailed and the race was duly scheduled for March 17, 1991.

The course Dickson had penned essentially followed the coast road, through a series of 90 degree bends onto and off the beachfront, before turning back on to the coast road once more. Stretching for 2.7 miles, the circuit required 2,515 concrete barriers, seven bridges, had grandstand seating for 11,500 and 6.2 miles of debris fencing, all of which was erected in the two-week run up to the race.

Fast and challenging – even the chicanes were tricky – the course soon became a blueprint for street circuit design. The first race, held in mixed conditions, saw an unlikely winner when John Andretti, nephew of Mario, took his only CART Champ Car race win after Rick Mears overshot Turn 9 to lose the lead. It would start a run of singleton victories for drivers at the event which would continue until 2007, when Sebastain Bourdais took a follow up win to his 2005 success.

Initially, crowds were slightly disappointing and it wasn't until 1998 when the event switched to October (to avoid clashing with the early-season Australian F1 Grand Prix) that it started to become a sell-out event. The split in open-wheel racing in the USA saw the Gold Coast race lose some of its lustre, when many of the top teams switched from Champ Car to the IRL. The V8 Supercar Championship was added to the bill in 1994 and soon assumed equal top billing.

After reunification, the IndyCar Series returned in 2008 but due to contractual issues caused by the late merger between Champ Car and the IRL, the race was run as an end-of-season non-championship round. There was still plenty for the locals to cheer, as Will Power took the pole, before Ryan Briscoe motored to victory.

After the event, talks to continue with the Indycar Series stalled and in November 2008 the Queensland Government announced that A1 Grand Prix would be a replacement co-headline act at Surfers Paradise in a five-year deal from 2009. The event was to be known as the Nikon SuperGP but just weeks before it was due to take place, the UK operating arm of A1GP went into liquidation. A hastily revised schedule saw the V8 Supercar series rearrange its races into twin 150km affairs on the Saturday and Sunday. The touring car series subsequently has agreed deals to keep the event on the series schedule until at least 2016.

Circuit changes over the years were largely confined Turn 7 chicane, which progressively had additional turns added and walls moved back for safety – though still retaining its 'roller-coaster' nature – and the addition of an extended pit lane for the V8 Supercars, used from 2004-08. From 2010, however, the first year of the V8 Supercar endurance events, the course was considerably shorted, with the course turning left around a hairpin where the Turn 2 chicane was previously located. A short straight takes the cars onto the back straight, rejoining at the former Turn 5/6 chicane.

The shorter layout considerably reduces the costs of staging the event and also allows more laps to be run in each race, providing additional spectacle for the fans. The change was also made in anticipation of a new tram system being installed, which would see the light rail tracks cross part of the old circuit. In 2013, the section leading to the new hairpin was slightly modified, becoming slightly narrower as a result of the new light rail system on the exterior of the corner, though without changing the lap length.

Planning a visit to Surfers Paradise Street Circuit? Find the best deals near to the circuit on hotels, apartments and rooms to rent from the map below.

The event itself is centred on McIntosh Island, just to the north of the central business district. It can be accessed from the Gold Coast Highway, but public transportation is probably the best route to the circuit. The new G:Link tram system runs alongside the circuit, offering probably the easiest route in from other destinations, while additional bus and train services are in operation during the race weekends. 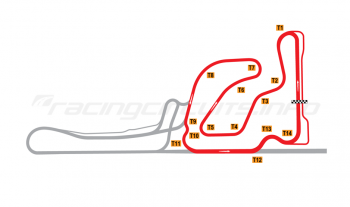 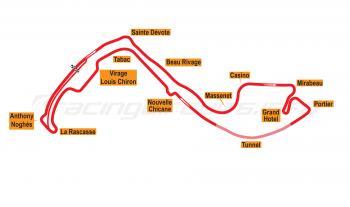 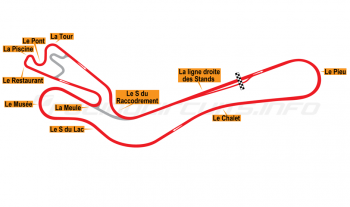