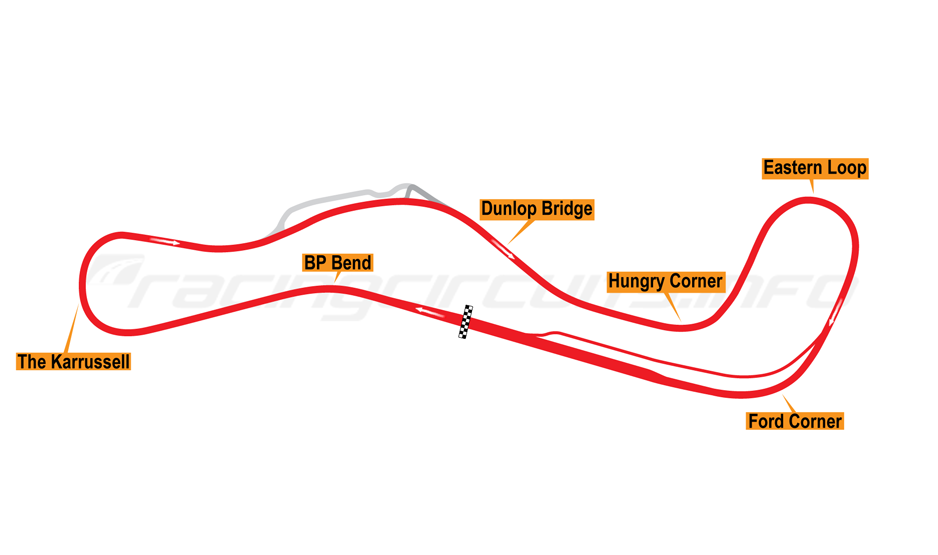 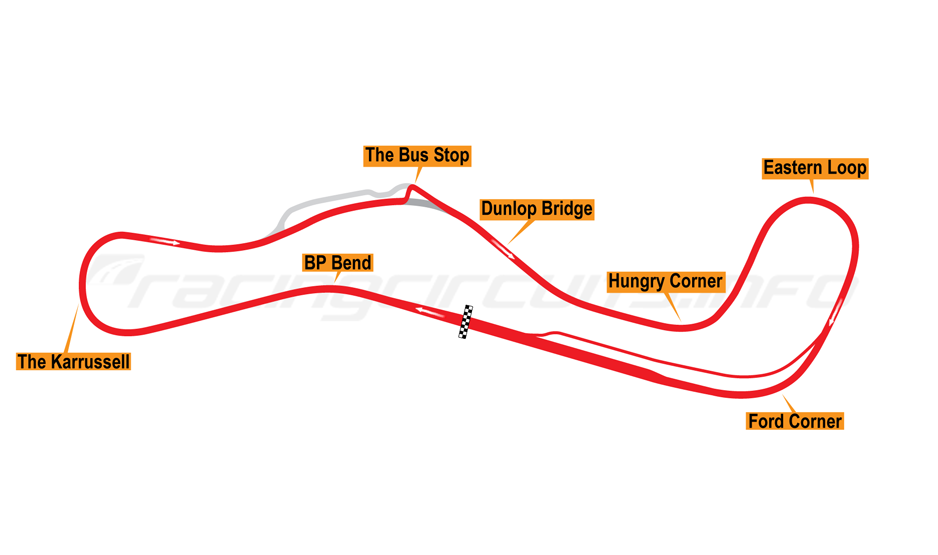 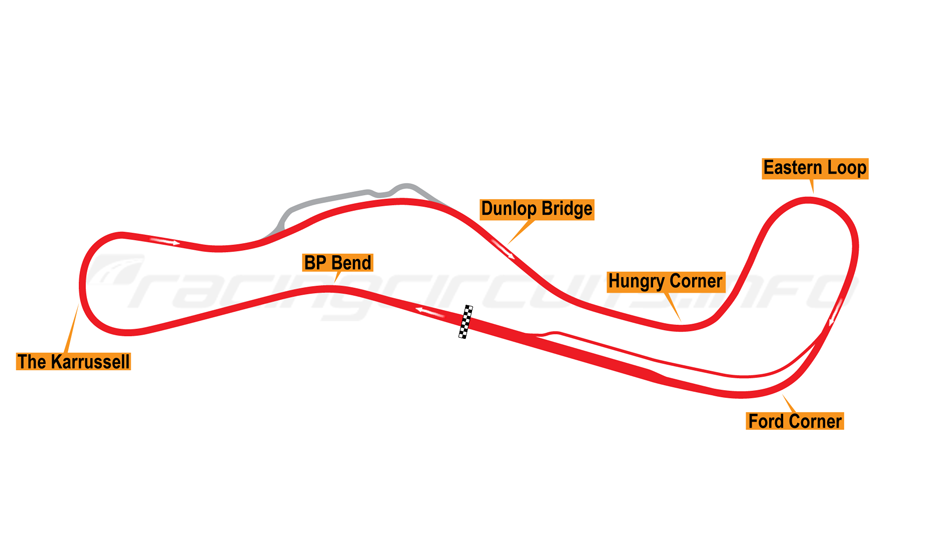 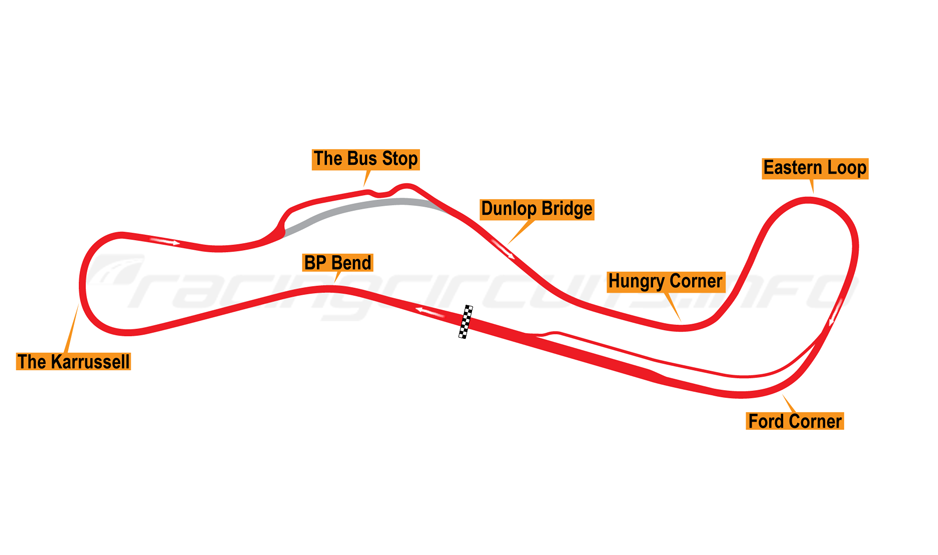 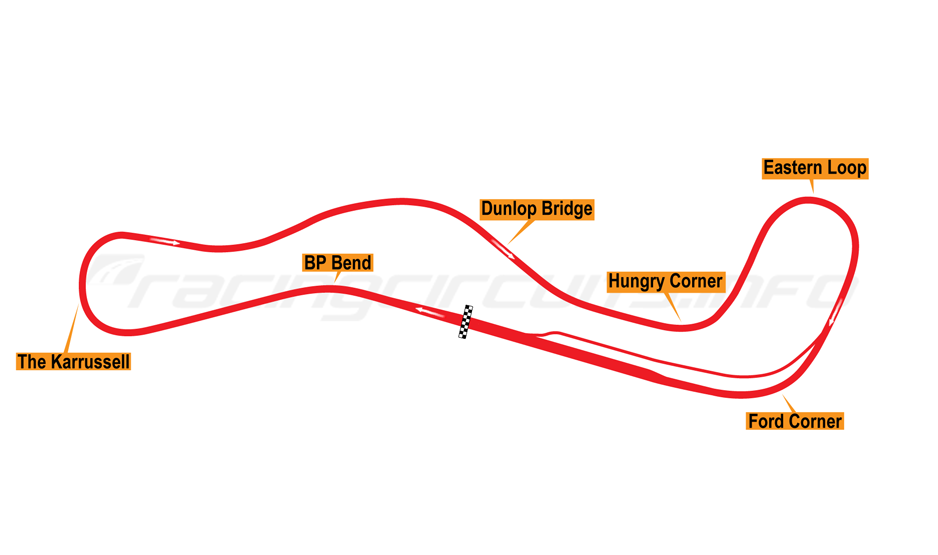 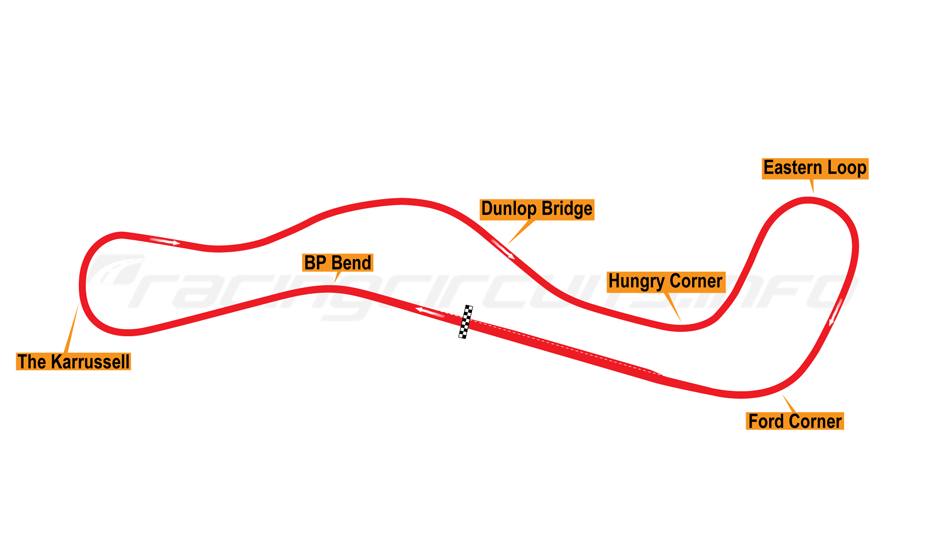 Lakeside Park Raceway is one of a handful of tracks around the world to have achieved 'heritage' status, a fact which likely saved it from being ploughed under for housing and helped it to be reborn after seven years of closure.

Now a bustling club circuit and test facility, it is owned by Moreton Bay Regional Council but operated under a 30-year lease by John Tetley, who until 2021 also operated Queensland Raceway, ironically the track that hastened its original demise in the early 2000s.

The circuit is generally just known as 'Lakeside', though its official name for many years was Lakeside International Raceway until the more recent change to Lakeside Park.

Tracks being threatened by urban spread is not a modern phenomena and it was the loss of the Strathpine circuit to a housing development in the 1950s that prompted local racers to begin to look elsewhere for a new home. In September 1957 enthusiast Sid Sakzewksi purchased the old dairy farm on the banks of Lake Kurwongbah in Brisbane's northern outskirts, with the thought of turning it into a permanent racing facility.

The wooded undulating hillside would require a considerable amount of redevelopment, so the Queensland Motor Sporting Club set about the daunting task of raising the necessary finances. It proved a long and difficult process, but eventually through businessmen, the motoring industry and local enthusiasts enough funds had been secured to begin construction. Even then, it relied on club volunteers and borrowed equipment to carve out the track surface, sometimes using just picks and shovels and even bare hands. Gradually over 1959 and into 1960 the work continued until the track received its bitumen layer.

Popular from the offset

Lakeside International Raceway opened for business on Sunday March 19, 1961. The first event was a fairly modest affair, played out in front of a crowd of around 2,000 spectators. The Governor of Queensland Sir Henry Abel Smith declared the new facility officially open before a Queensland Touring Car Championship race headed the bill with a 15 car entry. Among those taking part were Bill Pitt in a 3.4 Jaguar, Sid Sakzewksi in a Plymouth Belvedere and Barry Tapsall in a Holden. First prize was £30 plus a Qualcast lawnmower (!), while the first Queenslander past the chequered flag won themselves £10.

From humble beginnings, Lakeside rapidly establish itself as the de facto home of motorsport in Queensland and one of the premier facilities in Australian motorsport. In its second year it went international, playing host to the Tasman Series, with Jack Brabham winning in his Cooper-Climax. For an audience unused to seeing the big name stars of Formula One, the Tasman Series must have been a wonder, as the likes of Clark, Hill, Stewart, Brabham, Surtees, Gurney and Rindt battled it for honours. The race was even bestowed the prestigious title of Australian Grand Prix in 1966 and 1969.

Other major races included the Australian Touring Car Championship, which visited from 1967 to 1998 in a run that was only broken between 1973-74, when the track briefly closed to racing while a 100 metre section of the track was rebuilt at a higher level to raise it above the floodline, necessitated by the Pine Rivers Shire Council raising the water supply levels in Lake Kurwongbah. When it reopened, it had a new pit lane into the bargain.

Perhaps the most memorable touring car race came in 1981, when Queensland hero Dick Johnson battled with Peter Brock in the last race of the season, which was also the title decider. Despite a wounded car, Johnson held off a determined Brock for lap after lap to take the win, with never a hint of paint being exchanged between the pair. After 20 years of struggling just to stay on the grid, it was a title that helped secure Johnson's career and made him a perpetual hero for Ford supporters everywhere.

“Lakeside is a real driver’s circuit, one of the few left in the country outside of Bathurst.”

Other series to race at Lakeside included the Australian Gold Star Championship for single seaters – for which Sir Henry Abel Smith donated the Governor's Trophy in 1965 – and the Austrlian GT and Sportscar Championships. Formula 2 was also a visitor in the 1970s and 1980s, while Superkarts were regulars at Lakeside for 20 years.

On two wheels the track was also popular, hosting the Australian Superbike Championships from 1983 to 1990, unearthing talents such as Mick Doohan, who reckoned: "If you can learn to race a motorbike at Lakeside you can compete at any track in the world."

Nothing of the original layout has been altered over the years, however in 1984 a new section of track comprising of a series of chicanes was added on the outside of the main course, for use by the motorcycles only. Almost inevitably dubbed the 'Bus Stop', it sits on the run from Karrussell to the over bridge and was added to reduce speeds following a series of accidents at Hungry Corner. These changes were funded entirely by the Motorcyle Sportsman Club and were actually constructed by its volunteer members.

Further safety revisions came in 1989, when the old Dunlop Bridge at the by-then defunct Surfers Paradise Raceway was purchased and amalgamated with the existing footbridge. This gave room for a wider run-off, especially on the left where previously the bridge stanchion and its protective barrier had been perilously close to the track.

By the 1990s, the run-off at the end of the main straight and around the Karrrussell corner was deemed inadequate, which required considerable engineering to put right. The guardrail could only be moved back once the hill behind it was brought level with the track (it previously fell away towards the lake). In total some 5,000 cubic metres of earth was hauled from elsewhere on the site to fill and level the area.

By the end of the 1990s, a new threat had emerged when Queensland Raceway opened at Ipswich. The V8 Supercars soon switched their round to the new venue and so began a gradual decline at Lakeside. With the loss of its biggest race, finances soon became stretched and with debts mounting, the circuit's owners went into receivership. At auction, it was snapped up by the local Pine Rivers Shire Council in 2001 for just AUS $600,000. Despite hosting a viable racing calendar (the V8 Development Series was racing as late as July), the council announced the track's closure, with the local mayor announcing that "Lakeside will never host racing again".

'Friends of Lakeside' step in

For many circuits that would have been the end, but Lakeside's place in the hearts of Queensland's racing fans would see a sustained campaign mounted to get the track reopened. While the circuit remained dormant, the ability of the council to redevelop the site was hindered by the fact that it had been placed on the Queensland Historical Register, recognising its importance to the local and racing community. This had been achieved after much research work by the 'Friends of Lakeside', led by Robert Hardacre and Trevor 'Shelby' Beutel.

The 'Save Lakeside' campaign drew some significant support and appeared to have had an effect within the council, as its anti-motorsport stance began to soften. There was, however, considerable skepticism when it was announced that the council had petitioned the State successfully to remove the circuit from the historic register from 2010. However, it transpired this was part of a longer term plan to bring back racing.

In 2006, the council announced a tender process for organisations to submit applications to operate the facility. Expressions of interest were received from 11 organisations, while three of the seven companies then asked to tender declined to do so (these were felt to be less inclined towards motorsport). Of the remaining four, Queensland Raceway owner John Tetley emerged as the preferred bidder and in December 2007, it was announced that agreement had been reached with his Wrexmere Pty Ltd company for a 30 year operating lease, with an option for a further 10 years.

Considerable work had to be carried out to bring the circuit – now renamed as Lakeside Park – back up to operational standards, with Tetley investing some AUS $1.2 million on rebuilding the infrastructure. The circuit reopened during 2008 strictly as a club and historic racing venue, with national level races continuing to be held at its now sister track, Queensland Raceway. This was in part in recognition of the better facilities at the newer track and in part due to the 95 decibel noise limit at Lakeside.

Over the 2008/2009 summer off-season, Lakeside was closed while staff and volunteers refurbished and widened the circuit. During the refurbishment a tunnel was also added underneath the circuit just before the foot bridge, and certain parts were widened from eight to 12 metres. New pit facilities were also added.

As well as the widening, large portions of the track were resurfaced, save for The Bus Stop and a short stretch between Hungry and Eastern Loop. The majority of the bumps were removed during the resurfacing. Further upgrades following these works in 2011 involved removing the Armco barriers on the inside of the track on the exit of Karrussell. A sand trap was added and the run-off area increased and concrete barriers installed. Meanwhile, a revised and slower Bus Stop chicane debuted part way through 2014, which was more traditional in its shape and uses a greater proportion of the original track.

“If you can learn to race a motorbike at Lakeside you can compete at any track in the world.”

Today the circuit continues to host rounds of various Queensland racing championships, as well as being used for testing, manufacturer days and driver training. Among the highlights of the racing calendar is undoubtedly the Lakeside Classic, which sees the heritage touring cars of the Group A and Group C eras do battle on their old stomping ground, along with a selection of other historic touring cars and Trans Am racers. The Lakeside Tribute – first run in 2011 to celebrate the track's 50th anniversary and run annually since – also has become a major event, featuring a mix of modern club and historic racing action.

Following the sale of the lease of Queensland Raceway to Tony Quinn in 2021, current leasor John Tetley remains at the helm of Lakeside Park and will continue to drive forward a viable future for the historic venue.

Planning a visit to Lakeside Park? Find the best deals near to the circuit on hotels, apartments and rooms to rent from the map below.

Lakeside Park is located at Kurwongbah, near Brisbane in Queensland, Australia. Brisbane Airport is a half-hour drive away to the south, offering international flights and connections to the other major Australian airports.

The circuit is situated 30 kilometres north of Brisbane. Turn off the Bruce Highway at Kallangur and take the Narangba Road , following alongside the railway line. The entrance to the circuit is a just before you reach Dakabin Railway Station, signposted on the left for Lakeside Park. 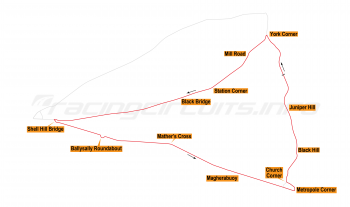 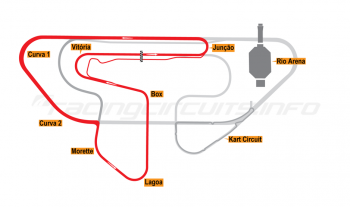 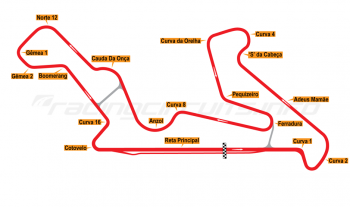