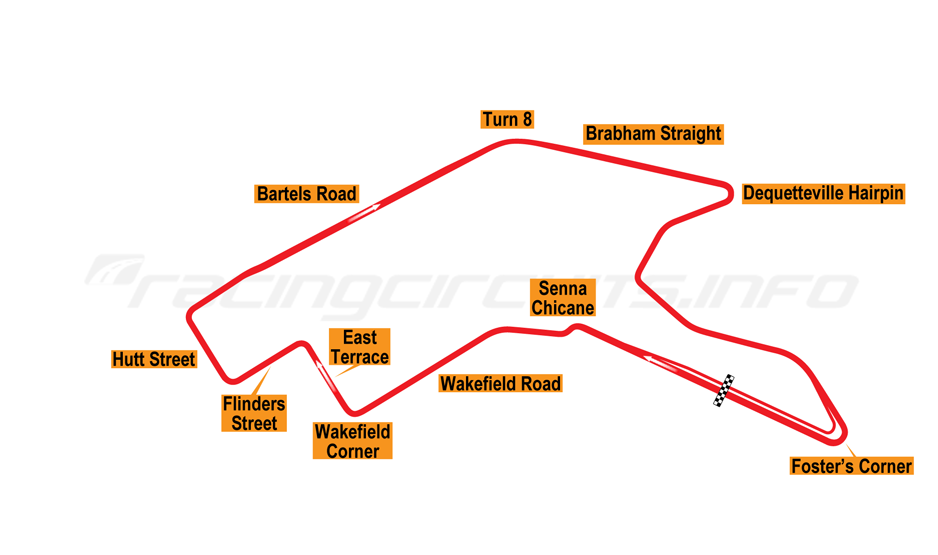 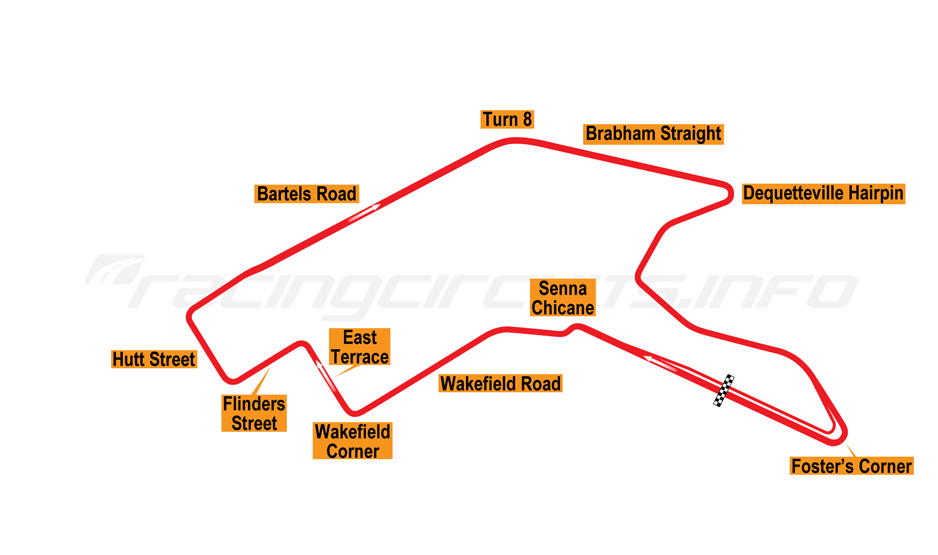 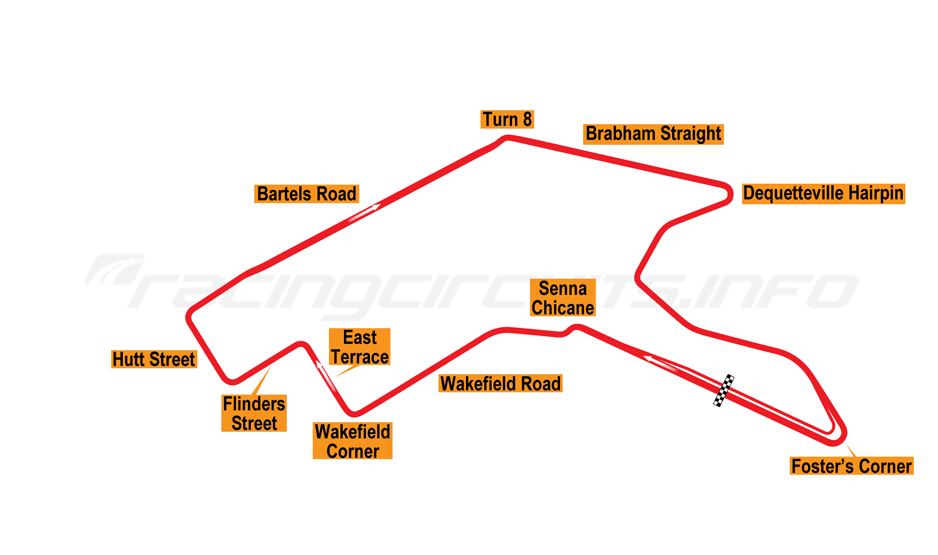 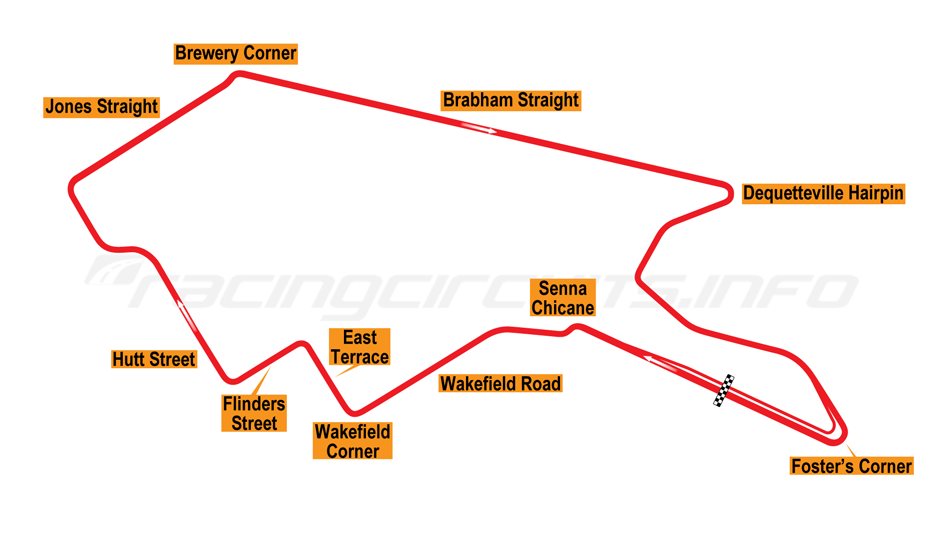 Adelaide is a vibrant city that knows how to organise an entertaining event, so it was no surprise that after Melbourne 'stole' away the Grand Prix in the mid-1990s, the street circuit was revived for the local V8 Supercars. The event became a four-day festival of speed and music which was unsurpassed even by the Grand Prix.

Sadly, after many successful years, crowd sizes started to decline somewhat - albeit still very healthy by most event standards - and the political support for the event ebbed away.  After the final event of the pre-Covid era opened the 2020 championship, it was announced that the race was not to return, marking an anti-climactic way to bring proceedings to a close.

It may not be the final chapter however; local elections in 2022 were won by the opposition Labour Party, which has signalled it will bring back the event once again as the season closing race for the Supercars, provided the circuit's infrastructure can be recreated in time.

The idea of hosting a Formula One race was first mooted in the early 1980s. Businessman Bill O'Gorman put together a proposal with the the backing of South Australia's Premier John Bannon, the aim being to liven the state capitol's slightly dull image, compared with Melbourne or Sydney. A meeting in London with Bernie Ecclestone followed, with the delegation emerging with a seven year contract to host Australia's first Formula One event.

With the contract secured, the State put senior civil servant Dr. Mal Hemmerling in charge of the project. Various laws had to be passed to allow racing to take place on the streets and a site around Victoria Park Racecourse was chosen as the venue. Engineer Bob Barnard was engaged to create a course which incorporated a purpose built section of road in the centre of the racecourse and the surrounding city roads.

Various federal and state grants were obtained to fund the works, which saw the construction of 2,142 concrete barriers, over four miles of wire fencing and temporary pit buildings and grandstands. All were designed in such a way that they could be quickly assembled each year for the race, before being packed away and put in storage.

In its eleven-year history as a Grand Prix circuit, the Adelaide event was the scene of some of the most dramatic moments in motor sport. Keke Rosberg's win in the inaugural race was followed by Nigel Mansell's tyre blowing loss of the World Championship in 1986. Rain-soaked events in 1989 and 1991 were notable; Ayrton Senna crashing out of the former but winning the latter, which was red-flagged after just 14 laps to become the shortest race in F1 history.

Senna took his final victory at Adelaide in 1993, while Michael Schumacher took his first championship on the South Australian streets a year later in controversial style. After running in the lead from the start, Schumacher ran off the road and damaged his car against the concrete barriers. Rejoining ahead of nearest points rival Damon Hill, the pair clashed at the next corner when Hill tried to overtake. Both were out of the race, and Schumacher was champion. Hill made amends the following year, lapping all the finishers at least twice on the way to victory in what turned out to be Adelaide's last F1 race.

Political manoeuvrings saw Formula One switch to Melbourne's Albert Park from 1996 and Adelaide's streets fell silent. While some of the infrastructure for the race was sold to Melbourne, there was still a desire in Adelaide to continue racing in some form. On 1 September 1998, the Government of South Australia announced the conclusion of successful negotiations with the Australian Vee Eight Supercar Company (AVESCO) for the staging of a V8 Supercar race to be known as the Sensational Adelaide 500.

The first race on the revived circuit took place in April 1999. The circuit had been shortened slightly, with the section from Hutt Street and Rundle Road bypassed in favour of a new straight along Bartels Road. Craig Lowndes emerged a popular winner, having raced through the entire field, after a penalty for a collision in the first leg relegated him to the back of the grid for the Sunday finale.

At the end of 2000, a second event was added, with the long-form of the course revived for a round of the American Le Mans Series. Held on New Year's Eve, the event was titled the 'Race of 1000 Years' and was won by the Audi R8 of Rinaldo Capello and Allan McNish. Over 135,000 fans attended the race meeting, with almost 70,000 of them in attendance on race day. The event was the first of a nine-year deal with the Don Panoz organisation, a precursor to a planned Asia-Pacific Le Mans Championship. When this never materialised, the contract was cancelled.

Since 2001, Adelaide has concentrated on the V8 Supercars. Strong support from sponsor Clipsal has ensured the event has built year-on-year and is second only to the Bathurst 1000 on the V8 calendar. It is also one of the most gruelling, the frantic nature of the race and the traditional summer heat proving a tough test of endurance for the drivers.

The circuit remained largely unchanged, save for modifications to the Turn 8 area. This was converted into a fast sweeper in 2002, proving immediately controversial; with concrete barriers at the perimeter and no run-off, the perils of getting the corner wrong are high. There are no small accidents here, a fact tragically illustrated in 2008 when Ashley Cooper died after crashing during the Fujitsu Series race, his car seeming to clip the inside curve before slamming into the outside wall.

Changes were made to the corner the following year, narrowing the entry and moving the outside wall closer to improve any angle of impact at the exit. The wall on the inside of the corner was also moved back to improve sight lines. Elsewhere, over $20 million worth of circuit upgrades were made, including shade for grandstand fans and a new pit building.

History shows that the event has achieved remarkable attendance figures since the debut of the V8 Supercars. Attendance figures peaked in 2008 with 291,400 for the 10 year celebrations. The 2013 Clipsal 500 Adelaide introduced new initiatives that saw a massive crowd of 286,500 patrons over the four days with the first ever sell out on the Sunday of the event.

The Adelaide Parkland Circuit is located at the Victoria Park Racecourse area of the city in South Australia.  The nearest international airport is Adelaide Airport, 6 km (3.7 mi) west of the city-centre. It offers flights to a range of intenrational destinations in the Asia-Pacific region and domestic connecting flights to all major Australian airports.

The track is conventiently located to the east of the central business district and travel by public transport is recommended.  Free and regular shuttle buses to catch to and from the Adelaide Railway Station, while Clispal 500 ticket holders can travel for free to the event on any Adelaide Metro bus, tram or train service over all four days of the event. 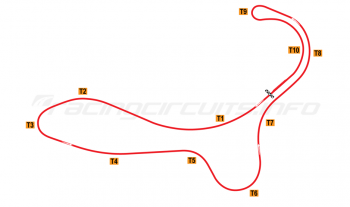 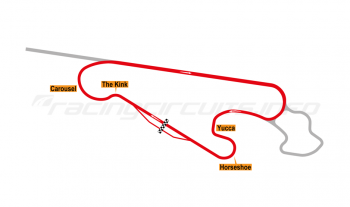 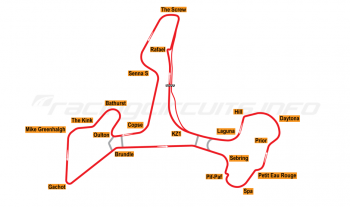