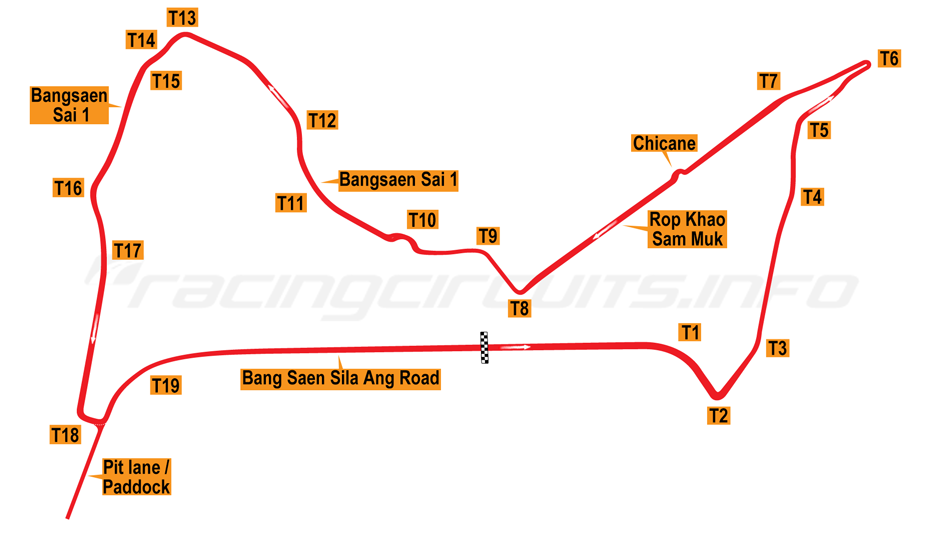 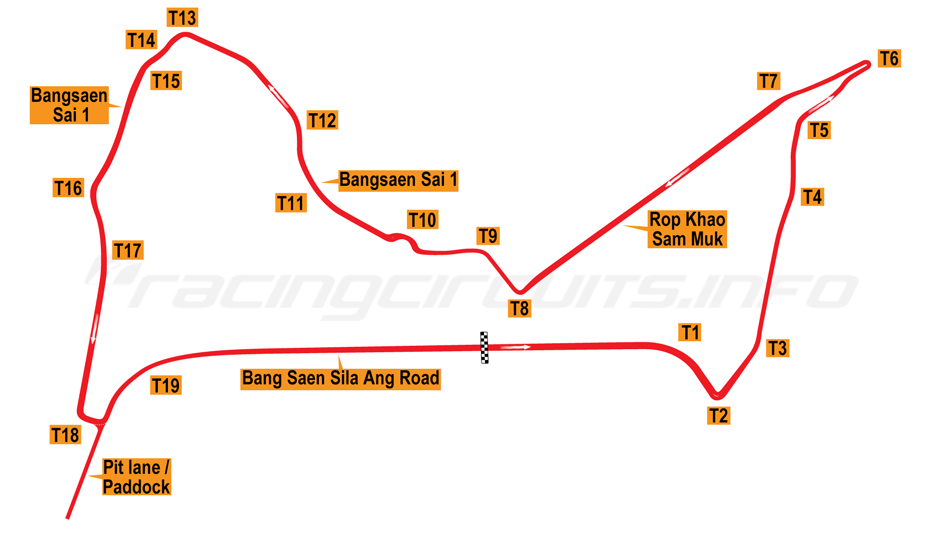 The Bangsaen street circuit is a relatively modern creation - but its layout definitely harks back to a different era. More Macau than Singapore in style, it blasts around the twisty streets of the seaside town in Chon Buri province.

A true test of a driver's abilities, the course has received certification to FIA Grade 3 standard.

Host to the end-of-season Speed Festival, Bangsaen has become firm fixture on the Thailand Super Series and TCR calendars. TCR Asia and TCR Thailand, Porsche Carrera Cup Asia and a selection of other local touring car categories are regulars in the festival, as well as Super Pickup truck racers.

The race was first organised in 2007 by the Three Crowns organisation, headed by local politician and Porsche racer Sonthaya Khunpluem. From relatively small beginnings with a handful of races for local categories (including a dusk into night saloon car race), the event has quickly gained momentum, with increasingly exotic machinery taking part. Indeed, Thailand as a whole has seen an explosion of interest in motorsport, with the visit of a diverse range of international series on two and four wheels fueling the local racing scene.

After only minor alterations from its first running (including the introduction of a chicane between Turns 7 and 9 for the third running of the race in 2008), it was clear that more significant upgrades would be required if the event was to continue to grow.

Early in 2014 TSS President Sontaya Kunplome tasked the Bangsaen event organisers (by now part of the same Racing Spirit organisation) with turning the Speed Festival into a world-class event, able to attract foreign drivers and teams as well as hosting increasingly exotic machinery, including TCR touring cars and GT3 sports cars.. At the core of the strategy was the achievement of FIA Grade 3 homologation.

Enter Simon Gardini whose previous work on the Kuala Lumpur and Singapore street circuits as well as numerous Australian events gave him excellent credentials to advise the organising committee on how to upgrade Bangsaen to meet the stringent criteria. He kicked off the process with a thorough study of the circuit during that year's event - and was left impressed by what he found.

"After having the opportunity to see the circuit for the first time I realised how much potential it's got," he said. "We then started the process of developing the existing design, to move it further in the direction of safety as, in the end, most of the FIA guidelines surround the area of safety; the excitement, it's great for motorsport, but to meet the guidelines it's all about safety, drivers safety, marshals and officials safety, spectator safety."

As lead consultant on the project, Gardini worked in partnership with UK-based Apex Circuit Design to extensively map out the existing design, using simulation software to guide the creation of improvements, mainly to extend run-off, improve circuit barriers and widen certain parts of the track. Two main hotspots were identified - Turns 8 and 13. At the former, the escape road was extended into the grounds of the Bangsaen Villa Hotel, while at the latter the run-off was also extended and room found to place a permanent crane - allowing stricken cars to be removed quickly from the scene, much like at the famous Lisboa corner at Macau.

Elsewhere, stone walls have been replaced with permanent safety barriers, while concrete-based debris fencing to the latest specifications has been employed around the course of the track. Upgraded medical facilities as well as expanded paddock areas also form part of the revisions, which were due to be first used in 2016. The death of Thailand's King Bhumibol Adulyadej - and the country's ensuing long period of official mourning - meant an inevitable postponement, so the full improvements weren't fully put to the test until 2017.

Planning a visit to Bangsaen Street Circuit? Find the best deals near to the circuit on hotels, apartments and rooms to rent from the map below.

The Bangsaen Speed Festival is held on the streets of Bang Saen, a beach resort town along the Eastern Gulf Coast of Thailand. The nearest airport is Bangkok's main Suvarnabhumi International Airport, around an hour's drive north along Route 7.

Bang Saen itself is a fairly sleepy seaside town during the week, but comes alive at weekends thanks to its popularity with holidaying Thais, even if it is much less well-known to foreign tourists. The circuit is based in the northern portion of the town, close to the beach and the hotels.

Getting to Bang Saen is relatively straightforward in terms of the route if driving yourself - though road signs are almost exclusively in Thai, which provides an added complication for non-native speakers. From Bangkok head south-east on Route 7 (the Chonburi Pattaya Highway). Take the exit at Nong Khang Khok (signposted บางแสน ชลบุรี towards บางแสน ชลบุรี) and head along Khao Lam Road until you reach Bang Saen, then head along Route 3137 to the area where the race is held. 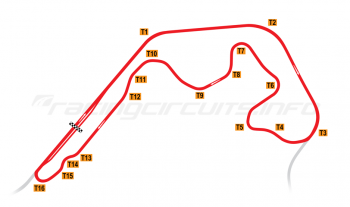 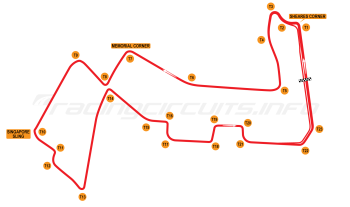 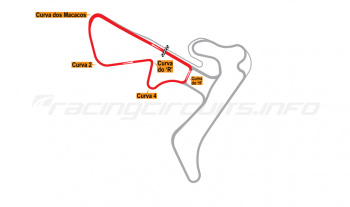