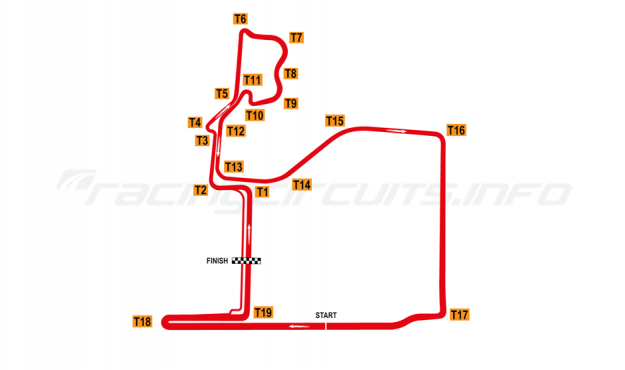 Formula E's new street race in Seoul looks poised to be more successful at drawing the crowds than even the short-lived Formula One Grand Prix at Yeognam, thanks to the successful city-based formula of the all-electric racing series.

The track will use the public and perimeter roads of the Jamsil Sports Complex just to the east of central Seoul, on the banks of the Han river. Uniquely, the circuit will head in and back out of the Olympic Stadium itself, with seven of the 19 corners located in front of the stadium grandstands to create an exciting amphitheatre. A temporary track will be laid inside the stadium, similar to that used in the successful Race of Champions events and over the cobbles of the Paris e Prix, creating a mix of tight turns and large braking points inside the venue.

News of the deal to bring the race to Seoul first broke in November 2018, when Formula E CEO Alejandro Agag signed a five-year agreement with Moon Jae-sik, chairman of JSM Holdings. Feasibility studies were carried out on a number of areas, including Gwanghwamun and the City Hall Square, but the Olympic Stadium circuit is thought to have won out due to the relative lack of disruption it will cause the city.

The 2.8km layout is subject to homologation ahead of the race taking place on May 3, 2020.

The Seoul ePrix is located at the Jamsil Sports Complex in the South Korean capital. Seoul's Incheon Airport is the nearest (and largest) offering connections to the rest of the world, with good transport links to the city centre.

Public transport will (as per usual Formula E tradition) be the promoted way to attend the event. As a former Olympic venue, the local infrastructure is good, with easy access by train, subway and bus.

Full details of transport options and spectator access zones are still to be revealed, but the complex's website has details of the usual options for visiting each of its venues at: stadium.seoul.go.kr/about/location.

Find the best hotel and room deals near to Seoul Street Circuit: