Located in the grounds of the Everland theme park, the Samsung-owned facility has been extensively remodelled in recent years but - caught up in a behind-the-scenes family feud - the track lay dormant for a number of years.  After reopening to the public once more, its future may eventually lie outside of motorsport as a result of Samsung's desire to develop autonomous vehicles, with Everland Speedway as the testing facility.

However, in the meantime a naming rights deal has been agreed and the circuit has become known as AMG Everland Speedway, with domestic racing continuing.

The track opened as in 1995, reportedly due to Samsung chairman (and car enthusiast) Lee Kun-hee wanting to create a motorsport facility close to the capital and near to a car museum that Samsung had already opened. Originally called Yongin Motor Park, the circuit changed its name in 1996 in common with the main theme park.

In its early years the 2.125 km course hosted events such as the Click Speed Festival and Korean GT - later the CJ Super Race series - and was very much the focus for the country's motorsport activities, even if it was a somewhat twisty and technical course.

In November 2008 the circuit closed for renovations, which saw the course extended slightly and the final series of corners eliminated. Unusually, the revised course remained closed to the public, with no activity taking place and Samsung seemingly unsure of what to do with its refurbished facility. By now, a rival track at Taebaek had opened and the Korea International Circuit was also imminent, so it was decided to go one stage further and extend the circuit once again.

A new eastern loop was added (reportedly to a design by Hermann Tilke) on land previously used as a parking lot. This featured a Suzuka-style crossover and also saw the construction of permanent garages and hospitality suites for the first time in the circuit's history. The renovations were completed in 2011 and the motorsport community had hoped this would mean the circuit would once again reopen its doors.

Perhaps surprisingly - and frustratingly - Everland Speedway remained under lock and key. At the heart of this impasse was a rift among members of the family which owns and controls Samsung. In January Samsung CEO Lee Kun-Hee was sued by his older brother Lee Maeng-Hee and sister Lee Sook-Hee in a dispute over inheritance in shares of Samsung Life Insurance - the company which effectively has control over the hugely lucrative Samsung Electronics subsidiary.

Unhelpfully for motorsport, Lee Maeng-Hee at this time was chairman of the CJ group, which just happened to be the major sponsor and promoter of South Korea's principal motor racing series. It was to no-one's great surprise that the Super Race series was not especially keen to race at Everland and , as a consequence, Everland Speedway remained dormant for another two years.

In January 2013, the courts ruled against Lee Maeng-Hee, on the basis that there was not enough evidence to prove that the dividends and proceeds of Samsung was part of the inheritance. Relations between the squabbling siblings seemingly improved over the course of the next few years, with positive results for the speedway.

In 2013 Samsung decided to open the facility - initially only for rental to car manufacturers for special events, ride days and and product launches, as it said no racing series had expressed an interest in using the track. Mercedes-Benz was the first to take advantage, using it for a regional launch of the new A Class.

Finally, in 2016, the extended course hosted its first racing event, when the CJ Super Series added it to its calendar - proving that the family disagreements had subsided considerably. The event proved a success, with a decent crowd turning out to watch the event, featuring touring cars and the local Cadillac-based stock car series.

It may ultimately prove a false dawn for motorsport, however, as Samsung has announced plans to eventually transform the track into a testing facility for its autonomous vehicle programme, requiring modifications which would effectively spell the end of its life as a race circuit. With alternative facilities at Yeongam and Inje now firmly established, this is not the disaster it might once have been, though it seemed a shame that the expensively upgraded course would not see much of the action for which it had been designed.

Those plans were somewhat muddied however, when the circuit signed a naming rights deal with Daimler to brand the circuit as AMG Everland Speedway from May 2018 onwards.  The circuit and its surroundings are not only being branded with high-profile AMG logos, but are also enhanced with a host of exclusive AMG locations, such as an AMG Lounge in the pit and paddock area.

To date, racing is continuing, with the CJ Super Series including it on its calendar.

Planning a visit to Everland Speedway? Find the best deals near to the circuit on hotels, apartments and rooms to rent from the map below.

AMG Everland Speedway (Korean: AMG 에버랜드 스피드웨이) is located at Yongin, South Korea. Gimpo International Airport is the closest, around 60 minute's drive away to the west of the circuit, while Seoul's Incheon International is around a 70 minute drive to the west.

The track is located within the grounds of the Everland resort and amusement park, so is relatively straightforward to find. It is located a short distance from Highway 50 (the Yeongdong Expressway). Exit at the Maseong intersection, turning right and following the signs for 'Maseong, Everland'. Continue along this route following the brown tourist signs for 'Everland' and then the Samsung Transportation Museum and you will arrive at the circuit (the museum is immediately adjacent to the eastern end of the track). 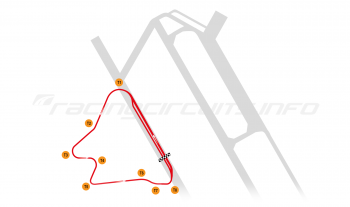 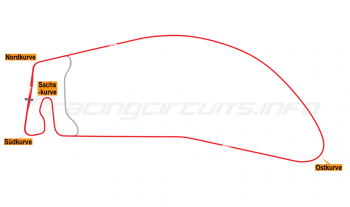 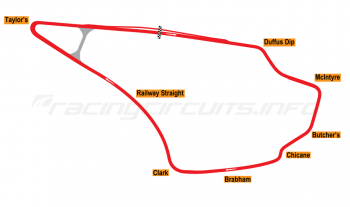