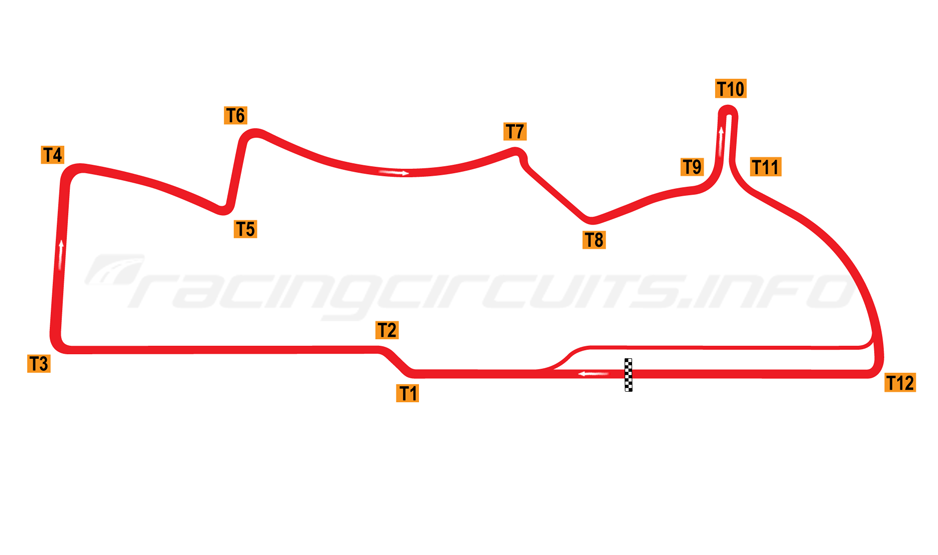 The Putrajaya street circuit wound around the boulevards of Malaysia's administrative centre and was the home of the country's round of the FIA Formula E.

Based around the Persiaran Perdana main boulevard close to the Prime Minister's office, the temporary circuit acted as a showcase to one of Malaysia's newest and most modern cities.

Relatively short and fast, the major challenge posed by the circuit was the hot and humid weather, which posed problems for both driver and car.

After just two races in the 2014-15 and 2015-16 seasons, Putrajaya was quietly dropped from the calendar, as Formula E continued its nomadic trek around the world's major cities.

Like the racing series, the city itself is relatively new, having been lavishly constructed in the mid-1990's in a bid to move the heart of government from the congested centre of the nation's capital Kuala Lumpur.

As a planned city, the streets are generally wide and designed for modern traffic, offering good possibilities for the racing circuit. Designed by British architect Simon Gibbons, the course used much of the city's main boulevard and passed between a number of landmark buildings, including the Ministry of Finance and some of the city's most recognisable skyscrapers. The striking Seri Wawasan Bridge, shaped like a sail, also formed a backdrop to the hairpin. Drivers were faced with tackling a mixture of straights, slow to medium speed corners, a hairpin plus a tight first-corner chicane. There was even a section over a bridge.

The Malaysian Prime Minister Najib Razak was instrumental in ensuring the race took place at Putrajaya and should have an easy journey to the circuit – his office is just a few miles to the north. For everyone else, the city's well-appointed hotels and quick transport links to Kuala Lumpur made this a straightforward event to attend.

A lap of the circuit

The circuit was initially listed as 2.560 km (1.591 miles) in length with twelve corners, although this was increased to fourteen for the second season, due to new FIA regulations about what dictated a corner.

A lap of the Putrajaya Street Circuit opened on the Persiaran Perdana, which formed the main straight of the circuit and unusually for Formula E, housed both the start and finish. A relatively open& right-left chicane formed Turns 1 and 2, with the pit-exit on the outside. Continuing along Persiaran Perdana, the cars then headed into a 90° right which formed Turn 3, followed by a short blast downhill to Turn 4, another right hander.

From here the circuit narrowed to the off-camber Turns 5 and 6, both near-90° turns made tricker by the camber of the road, before exiting onto a long curve that formed Turn 7.

Turn 8 comprised one of Formula E's characteristic tight chicanes exiting onto a short straight leading to Turn 9, which was relatively fast, though bumpy. The lap then headed through a slight kink which formed Turn 10, requiring a lift off the throttle to set the car up on the entry to the Turn 11 hairpin.

Exiting the hairpin brought the field to Turn 12, another 90° left, followed by a long and bumpy sweeping right-hander which formed Turn 13. At the end of this curving section came the final corner, Turn 14, with the entry to the pitlane on the inside. Exit from this corner was critical to top speed down the main straight.

Sam Bird, winner of the first race, was appreciative of the layout: “I thought the circuit in Putrajaya lent itself to some great racing. I thought the layout was superb and there were some especially bumpy parts but it added to the character of the circuit. The bumpiest part is going into the last corner, everywhere else is as smooth as we come across over the course of the year.”

Two races before it was no more

The first ePrix in November 2014 featured a good duel for the lead, with Oriol Servia leading off an inherited pole position (after polesitter Nicolas Prost took a grid penalty) only to be hounded by the Virgin car of Sam Bird. While there were safety car interventions for collisions involving Katherine Legge and Michela Cerruti and then Nick Heidfeld and Frank Montagny, the race was otherwise largely uninterrupted, with Bird taking the lead with a move at Turns 4 and 5 and holding it to the finish.

Lucas Di Grassi was the winner for Abt Audi in the following year's race, after what had seemed a dominant position for the eDams Renault drivers began to crumble as their cars overheated. There was drama on the last lap, when Jérôme d'Ambrosio, Sam Bird and Robin Frijns were all in the fight for second. Frijns dropped back having slapped the wall, breaking his suspension, while d'Ambrosio, meanwhile, found an errant Nathanaël Berthon in the final sector, and duly threw his car into the barriers while trying to avoid the Aguri. Sam Bird came through to second, with Frijns nursing his damaged car over the line to third.

It would prove a dramatic final chapter to racing at Putrajaya, as after the event the circuit was quietly dropped from the schedules and seems destined not to return.

The circuit was located in downtown Putrajaya city, approximately 30 minutes south of Kuala Lumpur, Malaysia. Kuala Lumpur International Airport (KLIA) is 30 minutes to the south, while the smaller Sultan Abdul Aziz Shah Airport (SZB) is 50 minute's drive to the north.

Getting to Putrajaya is straightforward. From the main airport, the KLIA Express non-stop train will ferry you to Kuala Lumpur in around 30 minutes, from where the KLIA Transit train service will take you onto Putrajaya and the neighbouring Cyberjaya. There are also many buses which travel between the airport, Kuala Lumpur and Putrajaya.

As a street circuit, while all the roads remain largely unchanged, there's precious little to indicate that the race ever took place, aside from a few stray and fading white lines which marked out the track corners at several locations. 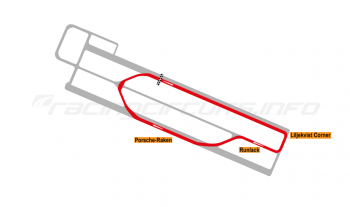 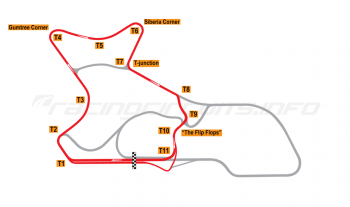 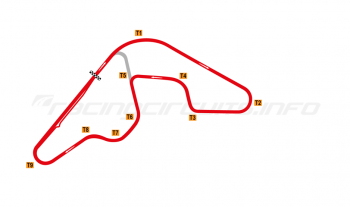