A street circuit at the foot of the iconic Petronas Twin Towers in Malaysia's capital city had all the ingredients to be a great event, however legal disputes brought proceedings to a halt after just one running.

A demonstration event for the Australian Supercars on what was a full spec-street course but with limited pit facilities should have led to a full championship round the following year, however a dispute over the promotion of the race clouded proceedings and forced a cancellation.

With Supercars seemingly less interested in overseas expansion of its calendar in subsequent years, the demonstration event turned into a very expensive one-off.

There can in fact be few spots more dramatic for a street race than in the shadow of the giant Petronas Twin Towers, but that was precisely the setting for Kuala Lumpur's KL City Grand Prix. The 3.3 kilometre, 16 corner layout took in some of the Malaysian capital's most recognisable buildings along its length and, following a trial run in 2015, had looked set to be part of the prestigious V8 Supercar series, the only round outside of Australia or New Zealand.

The circuit began in front of the Suria KLCC shopping centre at the foot of the Petronas Twin Towers, before heading anti-clockwise along Jalan Ampang, Jalan Sultan Ismail, Jalan Raja Chulan and Jalan Perak, then back up Jalan P Ramlee towards the finish line. Designed to full FIA specifications, the track was inspected by delegate Tim Schenken and certified as a Grade 3 facility in 2015.

The layout boasted a typical mix of tight corners but also some fast sections and elevation changes. Sweeping between the overhead monorail stations and along wide boulevards as well as tight, narrow sections between the buildings, the circuit certainly achieved its 'little bit of everything' brief.

The overall aim of the race was to showcase Kuala Lumpur to a new audience to boost tourism and open up new commercial opportunities. The inaugural event featured a headlining GT race (though this had a much smaller field than ideal) and rounds of the Asian Formula Masters and the Lamborghini Super Trofeo. A demonstration event featuring five V8 Supercars did prove a draw for the crowds and served as a try-out for the series ahead of confirmation of a full race in 2016. Chaz Mostert was judged the overall victor after three short races.

The first event was deemed a success, despite some anxiety in the run-up caused by late doubts over permits to hold the race and rumbles from locals about disruption to public transport.

Despite being included as full championship round on the Virgin Australian Supercars Championship for 2016, all was not well behind the scenes. Almost 12 months to the day from signing the contract, a legal dispute between the event's initial promoter, GT Global, and new promoter City Motorsport, broke out. With the dispute ranging through the courts, a cut-off date for a resolution at the end of May was passed and with insufficient time to secure the necessary permits and logistics to reconstruct the circuit in time for the August races, the race was cancelled.

The KL City Grand Prix Circuit was located in downtown Kuala Lumpur, Malaysia, in front of the Suria KLCC shopping centre at the foot of the iconic Petronas Twin Towers. The city is served by Kuala Lumpur International Airport (KLIA), with good transportation links from the airport to the centre, including a dual-lane highway system and high-speed train service.

The best way to reach the area is by public transport. Light rail stations KLCC and Dang Wangi and Monorail stations Bukit Nanas and Raja Chulan offer the easiest access. 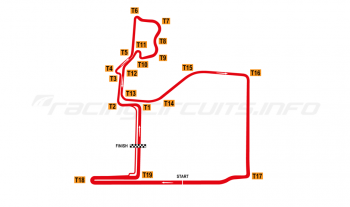 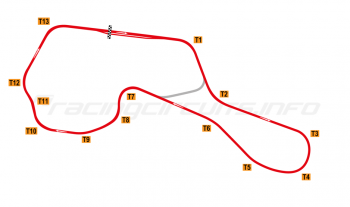 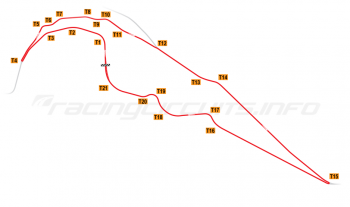