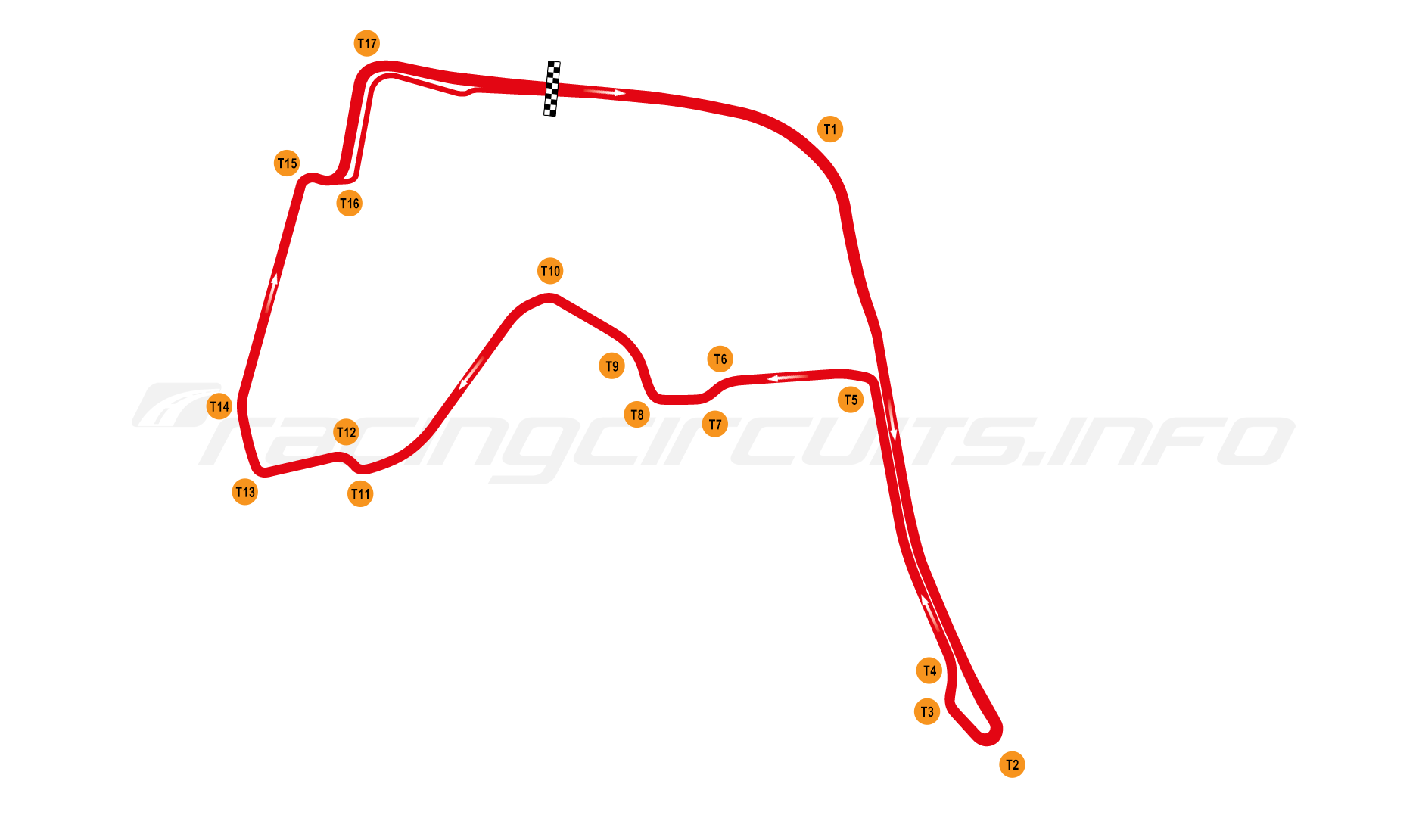 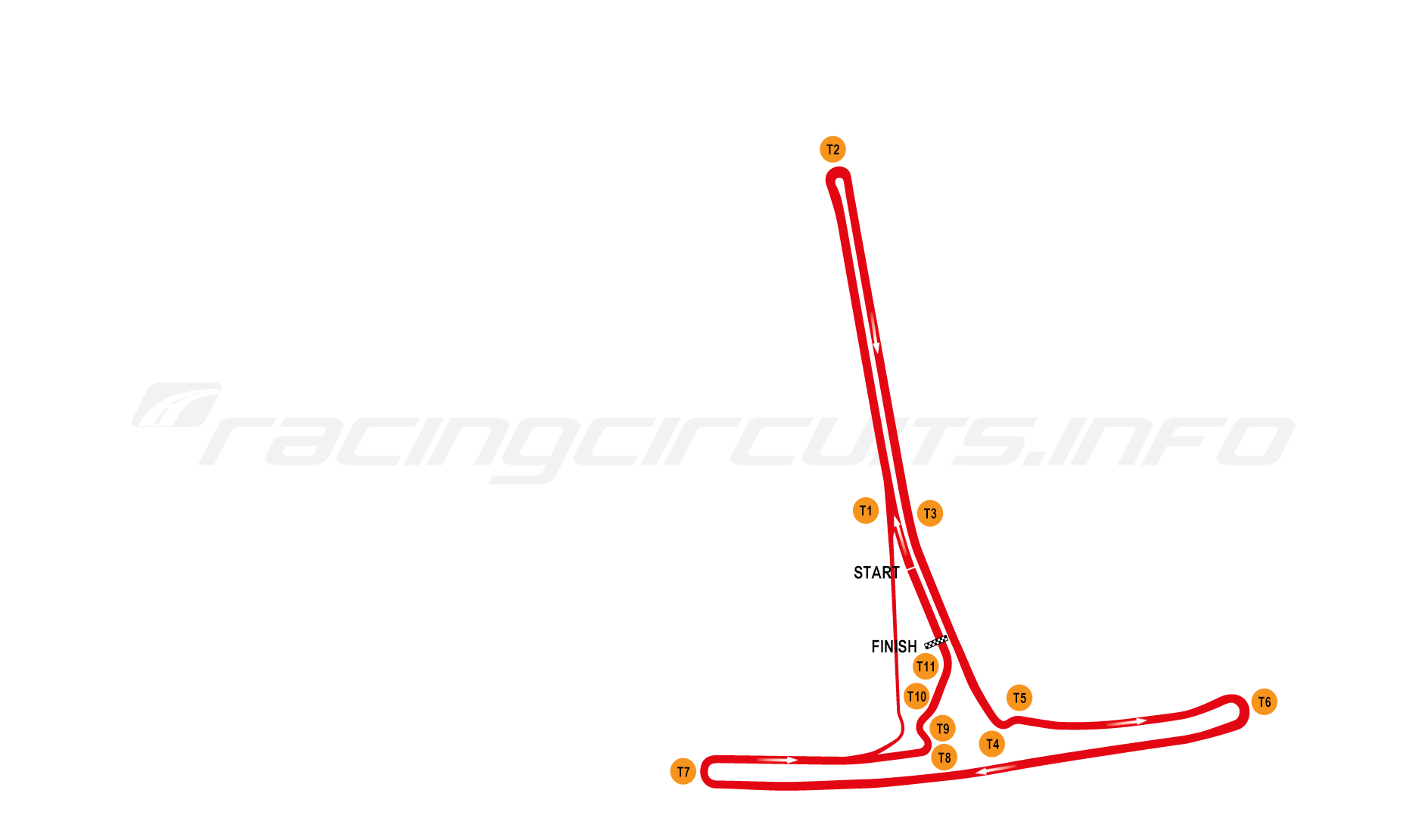 The Hyderabad Street Circuit is a temporary venue constructed to host the Formula E World Championship but - unusually for such a venue - is also used for local racing championships.

Located on the roads of NTR Park on the edge of the Hussain Sagar Lake, the race has been organised with the backing of the Telangana local government.

Prior to its first Formula E event, the circuit hosted rounds of the Indian Racing League in December 2022 as test events to iron out any inevitable teething troubles before international eyes arrived.

Hyderabad was one of a number of Indian cities bidding to host a round of the FIA Formula E World Championship, gaining momentum over rival projects from Delhi and Mumbai when the Covid-19 pandemic brought those bids to a halt.

In January 2022, the Government of Telangana duly signed a letter of intent to host the race, with an expected date early in the 2022/2023 schedule. This was confirmed when the draft calendar was released in mid 2022, with Hyderabad slotting in as the fourth race of the season on February 11, 2023.

The track is located close to the Telangana Secretariat building, running on roads in and around the NTR Gardens. The area is well suited to racing, with minimal residential areas and an existing network of highways which can be adopted.

Backdrop to the racing is the Hussain Sagar lake, which separates the city centre of Hyderabad from the Secunderabad neighbourhood.

A giant statue of the Gautama Buddha, erected in 1992, stands on Gibraltar Rock in the middle of the lake.

Initially, race organisers revealed a track layout which utilised the highways of NTR Marg and the Telugu Talli Flyover to create a T-shaped course. Measuring 2.37km, the course featured 11 corners, the design came under some criticism from Formula E drivers when tested on simulators, causing organisers to go back to the drawing board.

British design consultancy Driven International were brought in to revise the plans, coming up with an entirely new layout which removed the flyover and made greater use of those encircling NTR Park.

A lap of the course

The 2.83 km layout features 17 turns and a fast but demanding layout, offering a variety of challenges for the drivers.

Turn 1 is a flat-out right hander that will see cars getting into position for a slipstream on the high-speed run towards Turn 2. This will likely offer the best overtaking opportunity on the lap, with a heavy braking zone opening up the possibility for drivers to go for a lunge into the hairpin.

The run-up to Turn 5 could be another overtaking spot for drivers, especially if a rival has had a poor exit out of the hairpin before.

Next comes the section through the NTR Gardens, with a fast opening sequence through the chicane of Turns 6 and 7 and a quick dab of the brakes for Turn 8. Through the kink at Turn 9, the cars approach Turn 10, which opens up on exit to allow speed to be carried into the next short straight and then another chicane at Turns 11 and 12.

A right hander at Turn 13 leads onto the final section of the course, through the kink at Turn 13 and then

the Turn 15 and 16 chicane, where drivers can make one last attempt to pull off an overtake before the final corner.

The final Turn 17 is one of the trickiest corners of circuit, but is critical to carry as much speed as possible into the next lap.

Race organisers were well aware that they had quite a steep learning curve before hosting an international race, so elected to prepare the circuit early and hold several test events to check their readiness.

The first was scheduled for the end November 2022 and was one of two races scheduled at the venue for the new Indian Racing League formula. This comprises teams with a mix of local, international and female drivers competing for one of six city-based franchise teams, using identical Wolf GB08 single seaters, powered by an Aprilia RSV4 engine.

The first event on November 21 got off to a chaotic start, as the circuit was still being readied for action. Race organisers were somewhat surprised by the interest shown by spectators, so traffic queues and fan organisation proved lacking, with reports of ticket holders being unable to get in, or being turned away in favour of VIP guests.

As it turned out, there was relatively little actual racing action to watch in any case; practice was delayed considerably as drivers and officials were delayed in arriving. Practice for the Indy Racing League finally got underway around 90 minutes behind schedule, only for the red flags to fly relatively swiftly following a crash involving Chennai Turbo Riders’ Vishnu Prasad.

With the cause unclear and the driver requiring hospital treatment, the decision was taken to halt running and reconvene at the Chennai circuit, host of round two of the series.

Footage later emerged on social media of a tree branch falling into the path of one of the cars, causing it to brake suddenly and veer into the concrete barrier, to be collected by several other cars.

The support race did at least get under way, with the JK Tyre National Racing Championship starting as scheduled. This race also saw several red flags due to crashes and finished under yellow flags to give a somewhat anti-climactic finish to the first event.

Thankfully, many of these issues had been resolved by the time the circuit hosted its second test event in December 2022. This was to be the season finale of the Indian Racing League, with racing on both the Saturday and Sunday.

However, poor weather on the Saturday forced the cancellation of all but one practice session, as rain and poor visibility caused delays that prevented the cars getting out on track until very late in the day, after which fading light brought running to a close.

Overall, it was a further step forward from the chaos of the first test event, though it is fair to say that organisation all round will need to be sharpened considerably for the first Formula E race.

Happily, FIA circuit inspectors were present and went away happy with the course, making only a couple of suggestions of changes in order to homologate the circuit.

It is expected that there will be some further layout modifications for the Formula E race to better suit the electric racers, possibly involving tightening some of the chicanes.

Planning a visit to Hyderabad Street Circuit? Find the best deals near to the circuit on hotels, apartments and rooms to rent from the map below.

Located alongside the Hussain Sagar lake, the Hyderabad Street Circuit winds through the streets of the NTR Gardens in Hyderabad, Telangana, India. The city’s Begumpet Airport is around 13 minute’s drive to the north of the track, at the northern end of the Hussain Sagar. 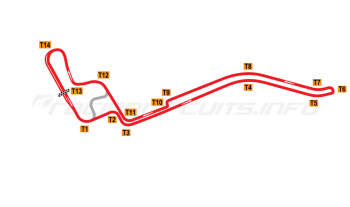 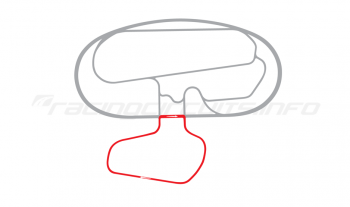 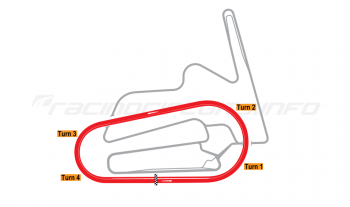