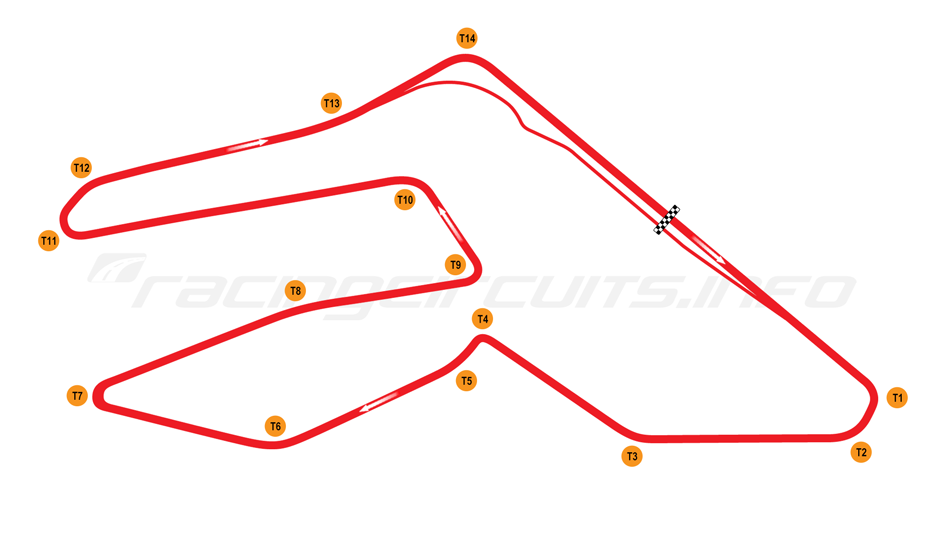 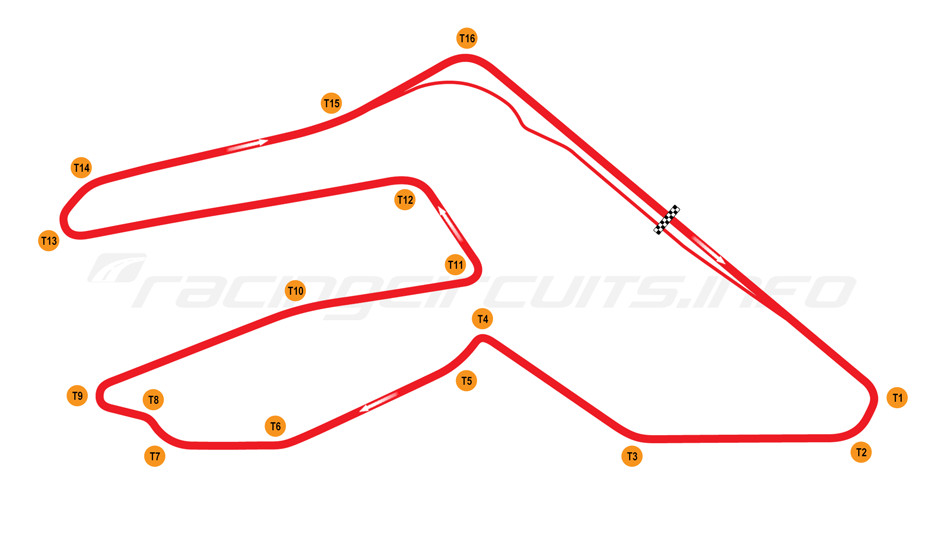 Zhuhai International Circuit (Chinese: 珠海国际赛车场) was the first permanent motor racing circuit built in China, paving the way for the explosion in development that happened in recent decades.

A joint enterprise between Malaysian investors and a state enterprise company, the circuit has flourished as a centre for local racing, becoming home to more than 50 local teams.

Exciting new plans have been announced to further develop the facility into a China-Malaysia Cultural Centre, with the circuit at it's heart. New developments will include a servicing centre, exhibition hall, research and development centre, petrol kiosk and first aid centre. In addition there will be a theme park, commercial area and tourist visiting tower.

Zhuhai was the first permanent motor racing facility in China and has become a centre for the local racing scene, as well as a semi-regular fixture on the international racing circuit.

Its origins lie in the wildly popular street races held in downtown Zhuhai City in the mid-1990s. The opening up of parts of China, including the Zhuhai Special Economic Zone, to western-style market forces created a burgeoning middle class for whom motor racing – and its glitz and glamour – was an attractive prospect. Malaysian businessman Stewart Tan Seng Teong saw the opportunity to bring a new form of racing to China, which at that stage had only the Hong Kong, Beijing and Shanghai rally and no circuit racing.

Working with local government officials, Tan identified land in Jin Ding Town, Guangdong Province, and planning for a permanent circuit began in earnest, though it would be several years before construction would begin. To whet appetites, races were organised on the streets of downtown Zhuhai, starting in 1993. That first year saw only races run by the Hong Kong Automobile Association but in 1994 and 1995, the BPR Global GT Series arrived, bringing worldwide attention supported by Asian Formula 2000 and the South East Asian Touring Cars Challenge.

Close proximity to Macau and Hong Kong also made for a more knowledgeable crowd than other parts of China, so it was no surprise that these early races attracted crowds of up to 200,000. It was a clear demonstration that there was a ready-made audience which could support a permanent facility, allowing China to show off its trade and investment opportunities to a global audience.

Designs for the new circuit were first shown at the 1993 street races and went through several iterations before the final layout was settled upon. Australian company Kinhill Engineers Pty Ltd - the same group which created the Formula One circuit in Adelaide - was brought in to draw up the plans and supervise the build.

Construction was completed in November 1996, in time for the first international event, the final round of the BPR Global GT Series. Ralf Kelleners and Emmanuel Collard won the race in a Porsche 911 GT1. In 1997, the series morphed into the FIA GT Championship and Zhuhai was dropped from the calendar, though a 3 Hour endurance race was still held and featured many of the regular FIA GT2 cars, plus a smattering of GT1 machinery.  The Porsche 911 GT1 of John Greasley, Magnus Wallinder and Geoff Lister took the chequered flag as night fell to claim victory

Minor changes to the circuit occurred at the end of the 1997 racing season, when the chicane section where the current Turn 7 hairpin now sits was removed following a request by the FIM.  A planned Formula One race at Zhuhai in 1999 got as far as the provisional calendar, only to be removed when the circuit could not meet standards set by FIA.  Instead, the circuit's highest profile race was a round of the FIA GT Championships, with Olivier Beretta and Karl Wendlinger taking a dominant win in the Oreca-run Chrysler Viper.

In 2004 track facilities were further upgraded with the assistance of Hermann Tilke, including the addition of a karting track. This prompted the return of the FIA GT Series, which enjoyed further outings between 2004 and 2007.  In 2008, the A1GP 'World Cup of Motorsport' arrived, with Germany’s Michael Ammermuller the winner of the Sprint race and Team India’s Narain Karthikeyan taking out the Feature race. Cong Fu Cheng delighted the home fans by taking third for Team China in the Sprint race.

More recently, the circuit was the host of the final round of the Intercontinental Le Mans Championship in 2010 and featured on the calendar again in 2011, though it has not since been included as part of the revived World Endurance Championship.

The circuit is now host to many local and regional races, including the Pan Delta Super Racing Festival, Asian Festival of Speed and has also won the rights to organise China's first National Superbike Championship.

Planning a visit to Zhuhai? Find the best deals near to the circuit on hotels, apartments and rooms to rent from the map below.

Zhuhai International Circuit is in the north of Zhuahi City, on the southern coast of Guangdong province in the People's Republic of China.  It is in close proximity to both Macau and Hong Kong.

If hiring a car remember that International Driver's Permits are not recognised by China, so you will need to obtain a local licence to drive legally (get caught wihtout one and the penalty is a 14-day jail term).  As a consequence, most foreign visitors find it easier to hire a Chinese driver when renting a car - rates for this are relatively cheap and give the added advantage of not having to deal with Chinese traffic and questionable driving standards. 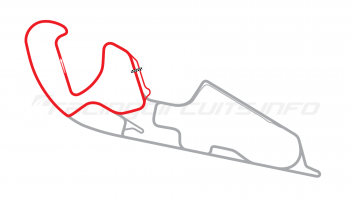 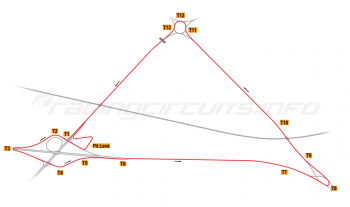 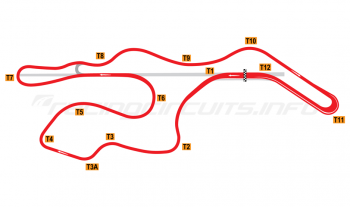