V1 Auto World (Chinese: V1汽车世界) is a new automotive and racing hub located in Wuqing, strategically located in between the major cities of Tianjin and Beijing. The circuit boasts a number of innovative features, not least the ability to be extended out onto the public roads.

The facility has been designed to capture the interest in the burgeoning sports and lifestyle market and features the track, a hotel, conference centre and zones for commercial development, with areas for car dealerships, racing garages and storage facilities for the four wheeled toys of China’s new uber-rich.

It has seen continuous development since opening in 2018, with its latest - and longest - iteration opening in 2021.

The complex has been developed jointly by the Waitex Group and the Sino-Ocean Group, who between them have multiple successful development projects across China and beyond.  Strategically located between the major cities of Tianjin and Beijing, the complex has a potential user base of around 35 million people.

Hermann Tilke was employed to design the racing facilities, with a brief to come up with a design for a multi-use circuit which can accommodate large events across a variety of uses. The FIA Grade 3 standard permanent track can be used for driver training but is extendible with the addition of the surrounding roads, creating several longer circuits which are homologated up to FIA Grade 2 standards. The ‘E’ course is  3.72km and the first to be constructed, but when the whole complex is complete the 4.28km ‘International’ course will among the longest in China.

In the centre of the complex is the unique 'Z-shaped' pit building, which is essentially two stand-alone garage buildings connected by a large conference hall in the centre. The North pits have 39 garages and the South pits have 12, while the conference room can hold up 1,000 guests. Compared with traditional pit buildings, the "Z" configuration allows for much larger event spaces and paddock size, providing ample space for large scale race events that require lots of container storage spaces.

All VIP lounges and the conference area are partitioned, but can be connected to create one seamless event space. Each VIP Lounge is also equipped with its own dedicated food prep area, toilet blocks and outdoor spectator stands.

Elsewhere on the site are 18 professional race team workshops. Arranged over three levels with ground floor is the garage and workshop area with two further levels of office and storage space above.

The facility opened late in 2018 with the permanent circuit initially, while work continued on the longer street extensions, variations of which opened successively in 2019, 2020 and 2021

Planning a visit to V1 Auto World Tianjin? Find the best deals near to the circuit on hotels, apartments and rooms to rent from the map below.

V1 Auto World is located in Wuqing, Tianjin, China. The nearest airport is Tianjin Binhai International, while both of the Beijing Capital airports are within easy reach.

The circuit is located right on the busiest streets of Wuqing district - Tianjin Rd. This road leads directly to Tianjin city and crosses Wuqing district from West to East.

V1 Auto World is also easily accessible from anywhere in Northern China along the nearby Jingjin Highway or the Jingjintang Highway. Drive time from Beijing is a convenient 60 minutes while drive time from Tianjin is a mere 40 minutes. 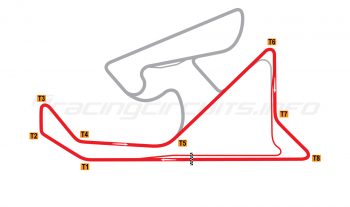 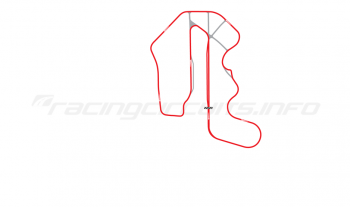 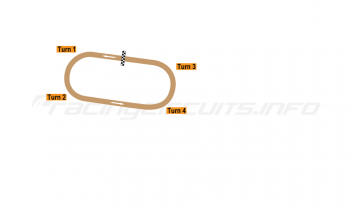