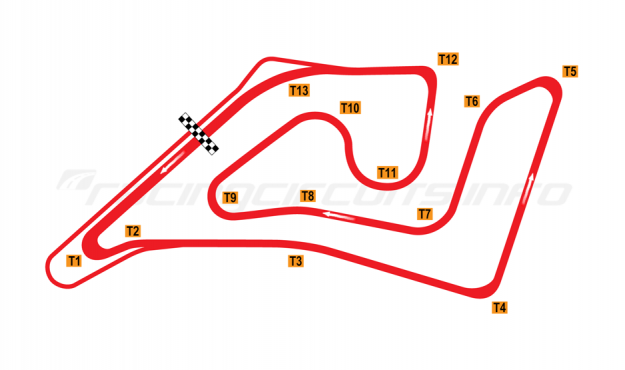 Shanghai Tianma Circuit has probably already peaked as far as international racing is concerned thanks to its one-off WTCC round, but it remains a very active facility nonetheless, thanks to the huge population on its doorstep. Located at the core area of the Yangtze River Delta. the circuit is within easy reach of 15 cities.

The circuit is part of a resort which includes a 10,000 metre square proving ground, a 4X4 course, a cinema showing motoring-related films, a multifunctional hall, a clubhouse restaurant providing Chinese and western meals, a gym, a mini-supermarket and a shop for motor racing supplies. The track itself also boasts well-appointed VIP rooms, a grandstand with views of the whole circuit and a media centre.

Inaugurated in 2004, the circuit has been a staple part of the China Superbike Championship since its inception in 2007, though its tight and twisty nature has meant that the major Chinese car championships have been slower to embrace it, despite being homologated to FIA Grade 3 standards. It was something of a surprise then, when in September 2011 Shanghai Tianma was announced as a late addition to the World Touring Car Championship calendar, when the intended race at Guangdong fell through.

The track was certainly up to the task organisationally, and the event on November 6 was a modest success, even if the nature of the circuit meant that overtaking was difficult without a certain amount of bish and bash... Chevrolet proved dominant, with Alain Menu winning race one and Yvan Muller taking the second race.

Since that event, Shanghai Tianma has settled back into the life as a domestic venue, hosting numerous manufacturer days, general testing, local club races and track day events. The addition of floodlighting in 2011 has also lead to the introduction of 'Le Tour Pegasus', a series of night-time events, from a four-hour endurance race to weekly arrive-and-drive sessions.

The circuit can be found at the junction of G1501 motorway and Shenzhuan Highway. By car, from Hongqiao International Airport, take the Songze Elevated Road to its exit onto the G15 Shenhai Expressway, heading south. Continue towards the major interchange at Nanchihi and head west onto the G50 Huyu Expressway. Continue on the G50 until the Niutoujing intersection, then head south on G1501 until the exit for the X023 Shenzhuan Highway and the Tianma toll booth. Head west for 500 metres until you reach the circuit entrance.