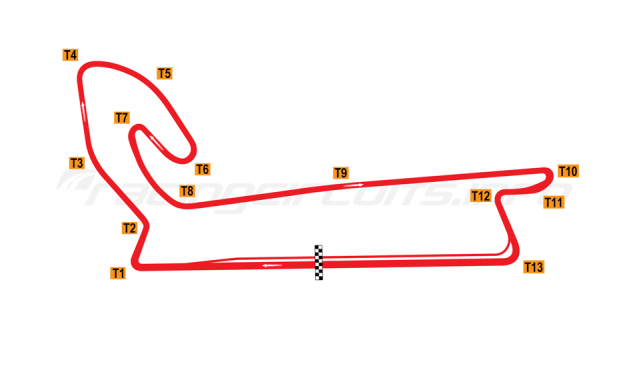 Guangdong International Circuit (廣東國際賽車場) is the second permanent circuit (alongside Zhuhai) to open in Guangdong provice, quickly becoming a fixture on the national motorsport scene.

The circuit was built by the Zhaoqing Yongtai Commercial Port Real Estate Co, who ploughed more than £30 million of investment into the facility. Built to FIA Grade 3 standards it covers some 550 acres.

The 2.824 km road course was designed by Chinese architect Qiming Yao. The layout features two long straights, connected by a series of sinuous corners and hairpins at either end.

The circuit is the first part of a wider project to create an automotive theme park, bringing together motorsport businesses and retail car dealerships on one site.

Guangdong International Circuit is located in the city of Zhaoqing, Guangdong Province, People's Republic of China. The nearest international airport is Guangzhou Baiyun International Airport, around an hour's drive to the east.

The circuit is located alongside Dawang Avenue at the southern end of Guangdong Zhaoqing High-tech Industrial Development Zone.

Find the best hotel and room deals near to Guangdong International Circuit: