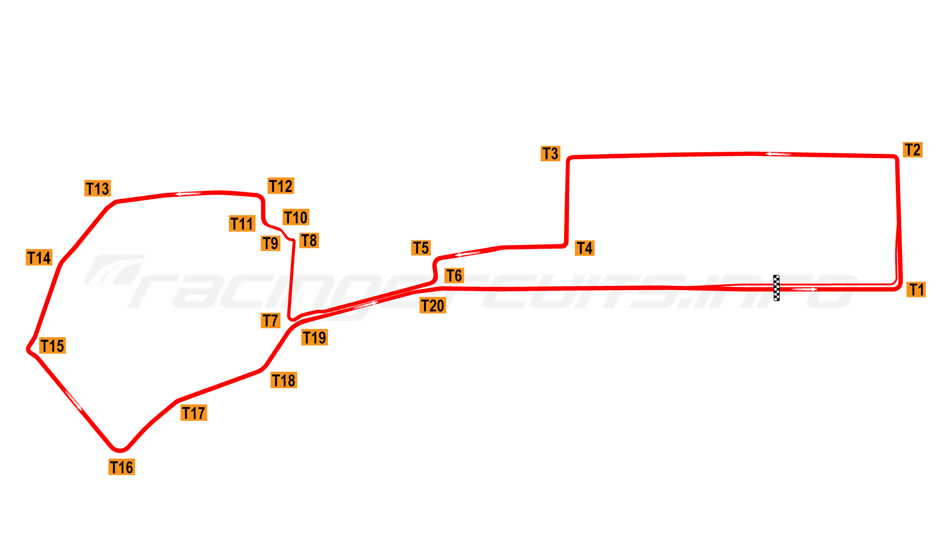 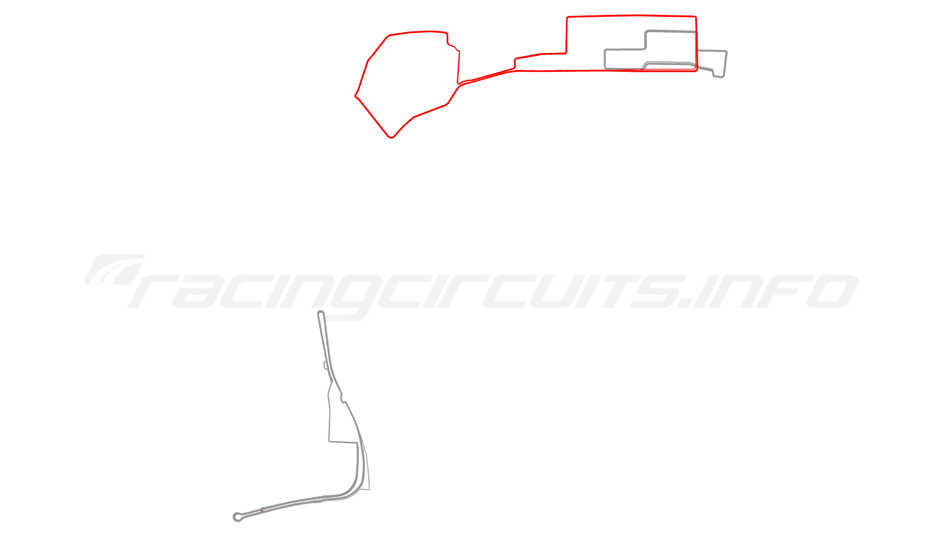 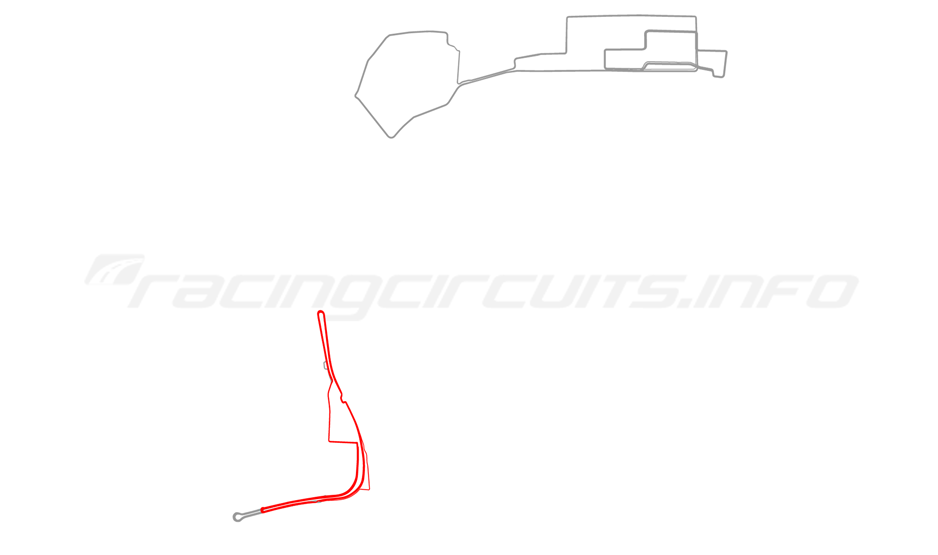 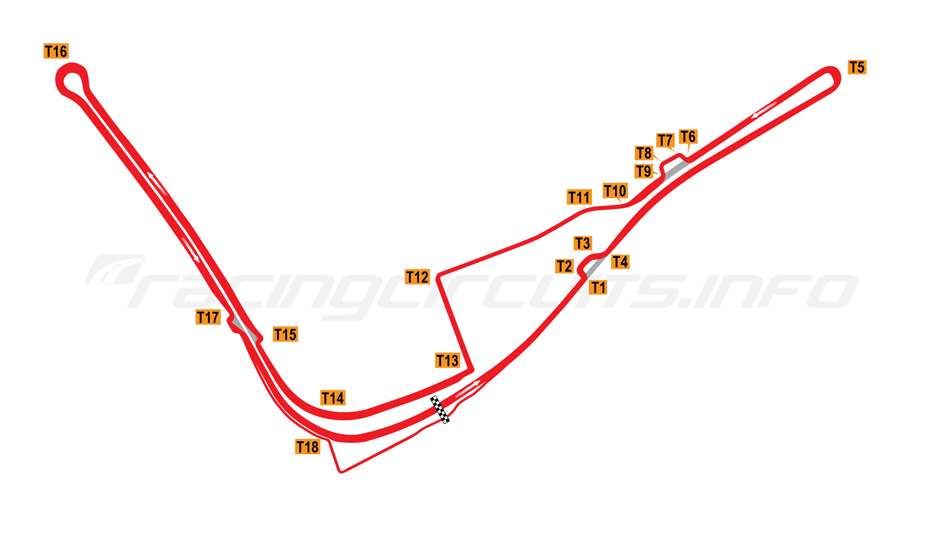 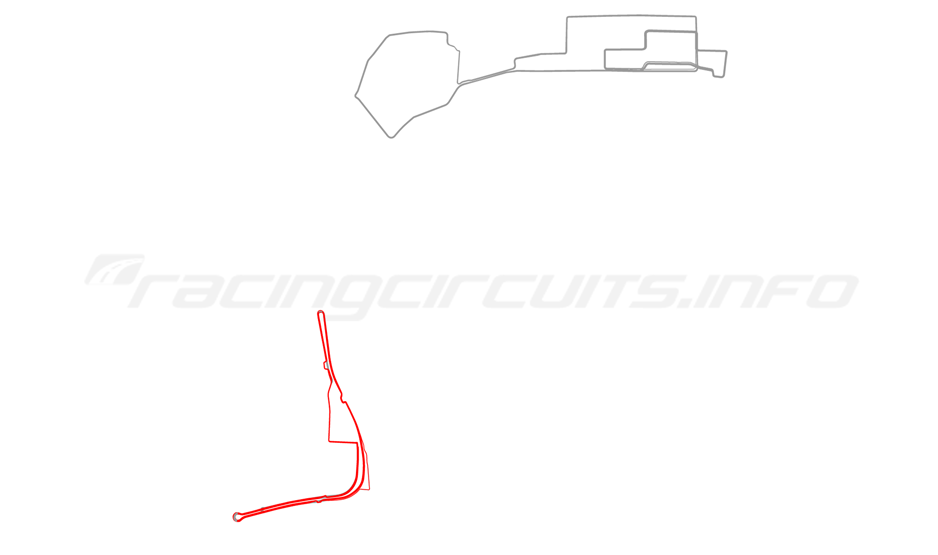 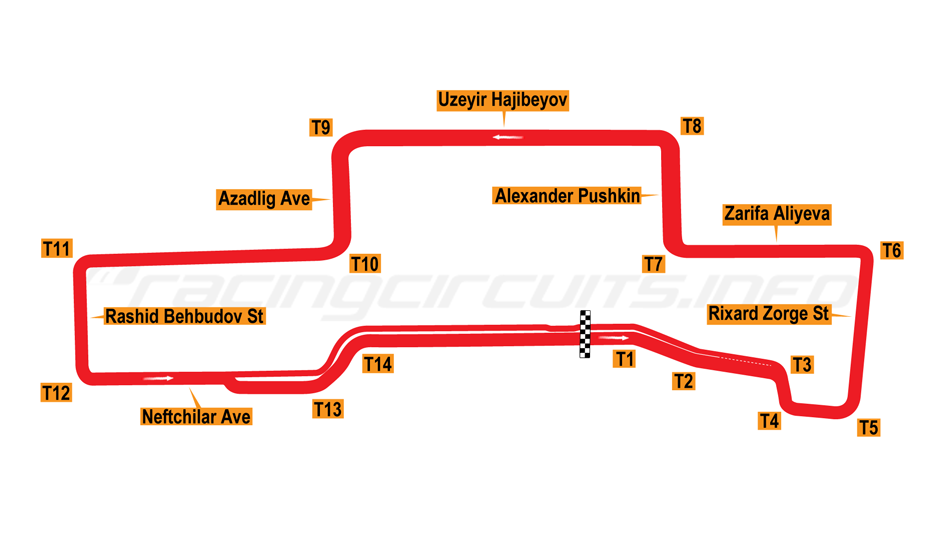 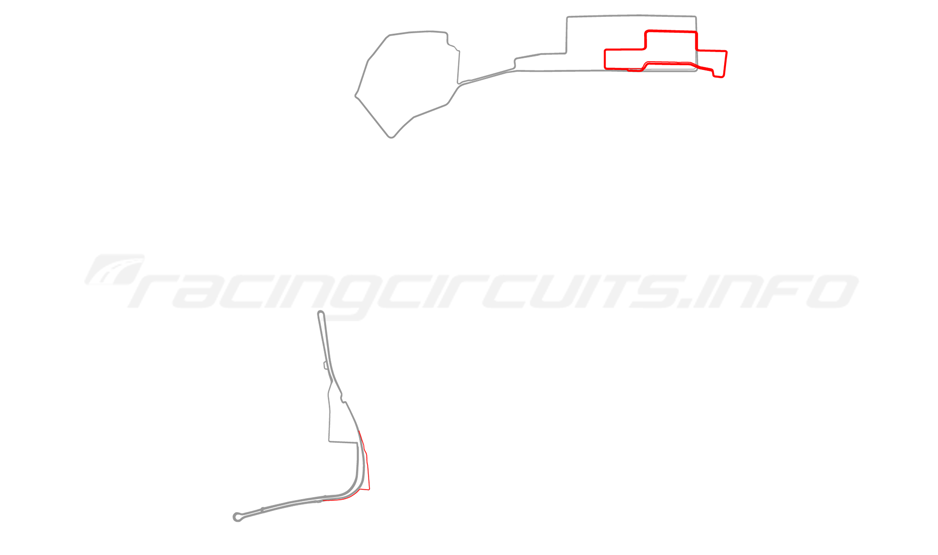 Baku City Circuit (Azerbaijani: Bakı Şəhər Halqası) sits amid a rapidly developing city, with new developments springing up seemingly every week thanks to Azerbaijan's booming oil-rich economy. As with many emerging countries, a priority has been to showcase this new wealth to the world, with a race around its streets identified as an ideal way to do this.

After several years of GT races built up experience, the government decided to up the ante, securing the rights to host Formula One and increasing its global exposure considerably further. Home to the European Grand Prix, Baku's F1 street course takes in many of the city landmarks and is one of the longest temporary circuits run in modern times.

With a combination of flat out blasts and tricky slow speed sections through the historic heart of the city, the track has a little bit of everything and has tended to provide for dramatic races.

The story of Baku's racing association began in June 2012, when the organisers of the former GT street races in Bucharest and at the Hungaroring reached agreement with the Azeri authorities to bring their 'City Challenge' concept to Baku.

The invitational race for GT3 machinery would take place on a temporary street circuit around the Government House, with the pits, paddock and start/finish straight on Freedom Square. Close to the seafront, the circuit took in the streets of the old town, with the famous Flame Towers overlooking proceedings from the hillside above.

The project was announced to the world at the 2012 Spa 24 Hours. leaving three months to prepare for the race, to be held at the end of October. Among the challenges was construction of the 1,540 concrete blocks needed to create the barriers, each weighing in at least 3.5 tons, with those for the pit straight heavier still at 7.5 tons. Up to 80 per day were produced off site and once completed, the barriers were transported at night by trucks from the construction site to the city centre, starting on 12 October. The track was completed on 25 October, a day ahead of first practice.

The drivers found a layout that was a mix of wider boulevards and narrower side streets, joined in the main by slow 90-degree corners, often with a single racing line and some requiring first gear. It was not a track destined to provide particularly thrilling racing, though as a first taste of motorsport for the watching fans – estimated at around 42,000 over the two days – it was judged a success. The grandstand seating, catering for 15,000, was completely sold out on race day as locals enjoyed their first glimpse of live racing.

Hexis McLaren duo Frédéric Makowiecki and Stef Dusseldorp won the one hour City Challenge GT race, ahead of the Vita4One BMWs, while a Grand Prix event for powerful single seaters was won by the ex-Formula One Benetton B197 of Dutchman Marijn van Kalmthout. Less successful was the traffic chaos the race brought to the streets of Baku, as one of the main thoroughfares was closed off for the track, leading to long delays for motorists. It was clear that a new location would be needed for the follow up event.

Move to the seafront

The following year saw new promoters agree a deal for the race; ex-Belgian Formula One driver Thierry Boutsen invited Spa 24 Hours organiser Jean-François Chaumont to Baku in November and soon brought fellow Belgian Renaud Jeanfils on board to create a new Baku GT event, this time held as the final round of Blancpain GT Sprint Series. Seeking to build on the 2012 event's successes and eliminate some of the problems, a new location was chosen, further down the seafront and making more use of the modern wide boulevard that runs its length. As a backdrop, the pits and paddock used land in front of the impressive Crystal Hall, venue for the 2012 Eurovision Song Contest, while the enormous national flag – the size of a small football field – flutters overhead in the distance, leaving competitors with no doubt as to which country they are in!

The course was longer and much more spectacular, featuring fast blasts down the seafront, interspersed by hairpins at either end, several chicanes and a section through the narrower streets of the old town. Drivers faced a bit of a wait to get started, as delays in completing the circuit led to hastily rescheduled timings for the event.

The 'newness' of motorsport to the Azeris came to the fore on the Saturday morning, however, when the teams arrived at the circuit to find that the local officials, in a bid to show off the country to its best possible advantage during the televised broadcasts, had power-washed the rubber from the racing line overnight... Worse still, it was cold when they did it, leading to ice-like track conditions which led to further delays. In scenes perhaps not out of place in a Jacques Tati comedy, something was evidently lost in translation the next morning when they repeated the trick – this time using soapy water instead of high-pressure jets!

To compound issues, a generator then failed, depriving the pits and race control of power, causing further delays. When racing did eventually get under way (with a safety car start), an action-packed event saw the WRT Audi R8 of Stéphane Ortelli and Laurens Vanthoor emerge with victory – and the championship to boot.

For the 2014 race, revisions were made to the course, which saw the removal of the slow 'Bus Stop' area after the first hairpin and the entry into the old city has been altered to reduce the speed. The third chicane - which proved ineffective and was straight-lined by almost all the cars in 2013 - was also removed and the hairpin brought forward, while the final chicane altered from right-to-left to left-to-right.   The changes brought the lap length down to 2.4 miles and were well received by the drivers, who reported that the track was among the most challenging they had encountered.

Alas, it was to prove the last hurrah for this course variant and GT racing.  When the Formula One deal was announced in 2014, attentions immediately switched to preparations for the new course and the Blancpain GT finale had to be dropped from the 2015 schedule, replaced by a round at Zandvoort.

Almost inevitably, Hermann Tilke was chosen to design the new course, with his brief to include as many of the city's historic landmarks as possible.  Once again the circuit would have its pits and paddock based in and around Government House, but the new course winds around the old city and past the Presidential Palace before embarking on a 2.2km blast back to the start.  In total, the circuit measures 3.732 miles / 6.006 km and features a mix of narrow slow speed sections and flat-out blasts along modern boulevards.

Final preparations to the road surface were being made in February 16, with all appearing on schedule for its June 17-19 debut as an evening race.  Sadly, some of the gloss of this new Grand Prix was been lost with the news that the race start clashes with the finish of the Le Mans 24 hours, angering many motorsport fans.

As with all new street circuits, there were teething troubles in the first year, with Pirelli revealing that 90% of the rear tyres used in free practice had been cut by the bolts securing kerbs to the ground not being drilled into the ground far enough.  Valtteri Bottas was forced to miss the third practice session after his car struck a loose drain cover, causing significant damage to his Williams.  There was a similar problem in 2019, when George Russell struck a drain cover in his Williams.

Nevertheless, drivers tended to praise the circuit overall, relishing both its challenge and the possibilities for overtaking along the long flat-out sections.

"The trickiest thing in Baku is braking. There’s so many braking points where you have to commit and you have to brake as late as you can – but there’s no room for error. Once you’ve committed to that braking point, if you’ve locked a wheel, you’re in the wall. I’d say the hardest part about Baku is finding the limit with braking, and just having that confidence."

There are still criticisms of the course, however, particularly surrounding the pit lane entrance.  In his preview to the 2021 race, Nico Rosberg said it was "one of the places I always found the most dangerous of the whole year", thanks to the sudden braking required along one of the fastest sections of track seen in Formula One.  Race director Michael Masi dismissed the claims, however, saying the circuit fulfilled all safety requirements laid down by the FIA.

Planning a visit to Baku City Circuit? Find the best deals near to the circuit on hotels, apartments and rooms to rent from the map below.

The Baku Grand Pix circuit is located in Baku, Azerbaijan.  The nearest airport is Heydar Aliyev International Airport, around a 25 minute drive from the city centre.

There are no dedicated parking areas at the track. However, spectators can find nearby parking areas such as the White Boulevard area, 28 Mall Parking Zone, “Garage” parking near the Molokan Garden and the Nizami Garden, as well as in the Winter Boulevard parking zone.

During race days Icheri Sheher, 28 May and Sahil metro stations are all operational from 6AM to 2AM. 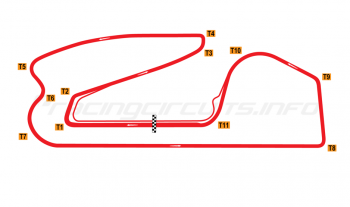 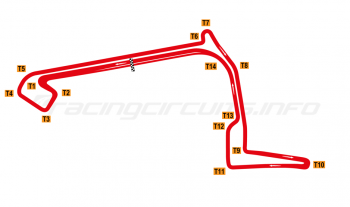 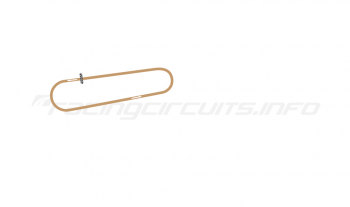