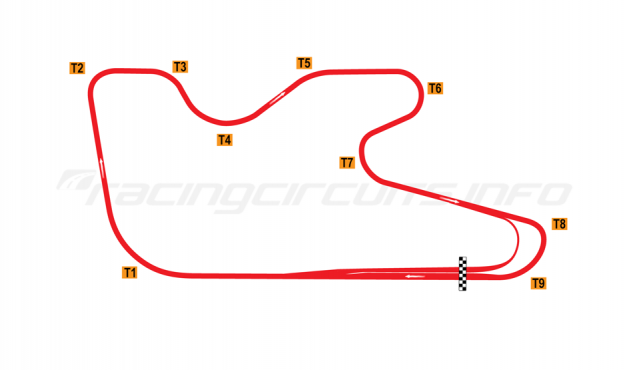 Donnybrook Raceway is one of Zimbabwe's few permanent racing facilities, built towards the end of the colonial years when the country was still known as Rhodesia. Today, the facility still survives as a hub for local racing, though any aspirations it may once have had to gain international status look likely to remain unfulfilled given the country's political standing with the rest of the world.

The track was conceived as a replacement for the Marlborough Circuit, which in turn had replaced the Belvedere Circuit, which had been laid out on the on the runways and access roads of an airport which served the national capital.

The new track was laid out within 326 hectares of land near Harare from January 1972. Double world champion Graham Hill was brought in as a consultant for the circuit design, which eventually settled on an eight-corner layout. The circuit was due to host the Rhodesian Grand Prix - a round of the South African Formula One Championship, featuring as its name implied some rather exotic machinery. Problems with getting the circuit certified by the FIA for the Formula One cars meant that the circuit did not host its inaugural race until April 1974. Ian Scheckter duly took the spoils in Team Gunston's Lotus-Cosworth.

There was no Grand Prix in 1975 and, by the time the race returned the following year, it was for Formula Atlantic machinery. The political instability and subsequent emergence of the state of Zimbabwe saw the country's motorsport scene fade in status, through racing continued at a national and club level throughout, with the circuit hosting several Zimbabwean Grands Prix during the 1980s.

Today, the circuit continues to host a regular schedule of two and four-wheeled racing and drag events, while the entire 2.78km track was resurfaced prior to the 2016 season. The facility also has a homologated kart track and popular motocross course.

Donnybrook Raceway is located on the outskirts of Harare in Zimbabwe. The nearest airport is Harare International, around 30 minutes to the south.

The circuit is located 16km east of Harare, in the Manresa suburb. From central Harare, head out due east on Mutare Road until you reach Harare Drive. Turn left and head north until reaching the junction with Arcturus Road. Turn right, heading towards Manresa, and the circuit entrance is a short distance along the road on the right-hand side.