A street track around the Green Point area of Cape Town has finally become a reality after several years of planning, hosting the FIA Formula E World Championships from 2023 onwards.

In doing so, Cape Town becomes the first Southern African city to host the all-electric series, joining a host of the world’s most iconic cities.

The track is located in and around the DHL Stadium in the city’s sports precinct area, which is overlooked by Table Mountain and also offers a view of Robben Island off the South Atlantic coast.

There have been a variety of ideas over the years to bring motor racing to the ‘Mother City’, with a number of failed attempts to bring Formula One to the city. In 2004 a consortium began putting together plans for a permanent facility near to the city’s airport, supposedly with the backing of the Cape Town Government, as well as F1 impresario Bernie Ecclestone.

Hermann Tilke was duly requested to draw up circuit plans and the project seemed to be gaining momentum; Ecclestone was quoted as saying it was a case of “when, not if” that a Grand Prix would be held. “There will be a South African Grand Prix hosted by Cape Town within five years…three years, tops. It will be good for F1, for South Africa and the city. Plans are well advanced and I believe that the government may well become involved.”

The Grand Prix was rumoured to be taking the place of Silverstone on the F1 calendar, however wrangling over the hosting fee and difficulties in engaging the Government in funding talks largely rendered that project dead.

By 2011, attention had switched to organising a street race, using roads around the Sea Point/Moullie Point beachfront area, the Cape Town Stadium Precinct and the V&A Waterfront. Once again, a proposed layout was released and a company formed to promote the event, though nothing came of it. A third bid was also supposedly in play, towards Atlantis, though few details emerged of this.

It was the fourth bid - this time for ‘an electric racing series’ - which finally became reality, though even this had its own twists and turns before coming to be.

In 2019, rumours began circling that Cape Town was in the running to be host city for the expanding international calendar of the Formula E single-seater series. These rumours were confirmed in July 2019 when it was announced that South African company e-Movement, has entered into a multi-year agreement with FIA world championship.

Once again it was the Green Point area which was set to host the series, using one of its trademark street circuits. The event was to use the Cape Town Stadium as a centre point, with surrounding roads including the waterfront looking over the Atlantic Ocean forming the course.

Mayoral approval was secured for the event and a programme of engineering works to widen and upgrade a number of the roads in the area were due to take place between April and December 2021. However, the Covid-19 pandemic caused these to take longer than expected and with continued uncertainty over global travel movements, the decision was taken to postpone the event for a year.

Happily the delay did not prove terminal and Cape Town is set to host the race for the first time on 25 February 2023.

A lap of the track

Measuring just less than 3kms in length, the start/finish line – as well as the pitlane area – will be sited on Vlei Rd, running behind the refurbished Green Point stadium’s grandstand.

Facing Signal Hill, the grid will race towards Green Point before negotiating Turn 1, a sharp left-hander that will see them merge onto Helen Suzman Boulevard, headed towards the central business district. After a short straight the cars enter a roundabout which will form a gentle left-hander before diving off along Granger Bay Boulevard.

The cars will continue down the boulevard until the next roundabout, which will form a sharp left turn onto Beach Road. Now entering the fastest portion of the circuit the drivers will head flat out up a long straight and though a kink at Turn 8, before the high speed left-hand Turn 9, past the Radisson Blu Hotel at Granger Bay. Then it will be hard on the brakes as they draw alongside Mouille Point Beach for a 90 degree left turn which is likely to be a prime overtaking spot.

Into Fritz Sonnenberg Road the drivers head towards the Cape Town Stadium, with a final overtaking opportunity as they turn right into the start/finish straight to complete the lap.

Sites for the E-Village and the hospitality areas are all confirmed for the event, which is being financed with private money. The organiser does not have to pay any tenant fees for racing in the sports precinct area, which is overlooked by Table Mountain and also offers a view of Robben Island.

The circuit is set to be among the fastest used by Formula E and will form part of an annual ‘Go Green Africa’ campaign which aims to push individuals and corporations to become more environmentally-friendly in the way they conduct their affairs.

Planning a visit to Cape Town Street Circuit? Find the best deals near to the circuit on hotels, apartments and rooms to rent from the map below.

The Cape Town Street Circuit is located in the city’s Green Point sports district, in the capital of the Western Cape province, South Africa. Cape Town International Airport is around 25 minute’s drive to the east.

Getting to the circuit is best achieved via public transport. The area is well served due to the presence of the DHL Stadium. By bus, MyCiTi runs a regular shuttle from Cape Town International Airport, taking you to the Cape Town Civic Centre where you may transfer to another MyCiTi bus shuttle directly to DHL Stadium. Routes may be impacted by the circuit however, so check the MyCiTi website for updates.

The Cape Metro Rail provides scheduled routes into the city centre after which you may catch a MyCiTi bus shuttle. 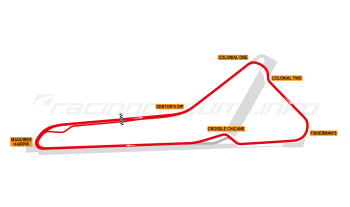 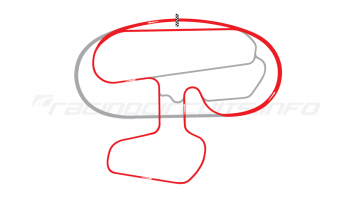 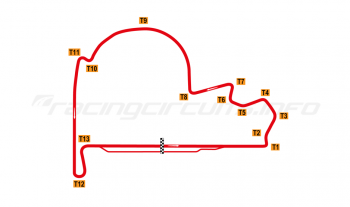